The Adirondack Park is an unusual park. Millions of acres of constitutionally protected Forest Preserve surround and are surrounded by further millions of acres of privately owned land. It is home to loons, moose, and bears, and it is also home to 130,000 New Yorkers living in towns and villages throughout the Park. Adirondack residents live in and enjoy one of the world’s great experiments of people and wilderness existing side by side.

Known for its mountains, water, and forests, the Adirondack Park has 46 peaks over 4,000 feet, eleven with rare alpine vegetation, and over 1,500 peaks topping 1,000 feet. The Park contains over 3,000 lakes and ponds, 35,000 miles of streams, and 1 million acres of wetlands. In its 5.5 million acres of forests are 500,000 acres of eastern old growth. Protected by the New York State constitution, the Forest Preserve holds 85% of the total wilderness lands in the eleven northeast states.

Private land development in the Park is jointly managed by the New York State Adirondack Park Agency and local governments. The Adirondack Park offers the most accessible wild area in the U.S., within a half-day’s drive of over 80 million people. More than 12 million seasonal visitors come to the Adirondack Park every year. It is a park of people and nature. 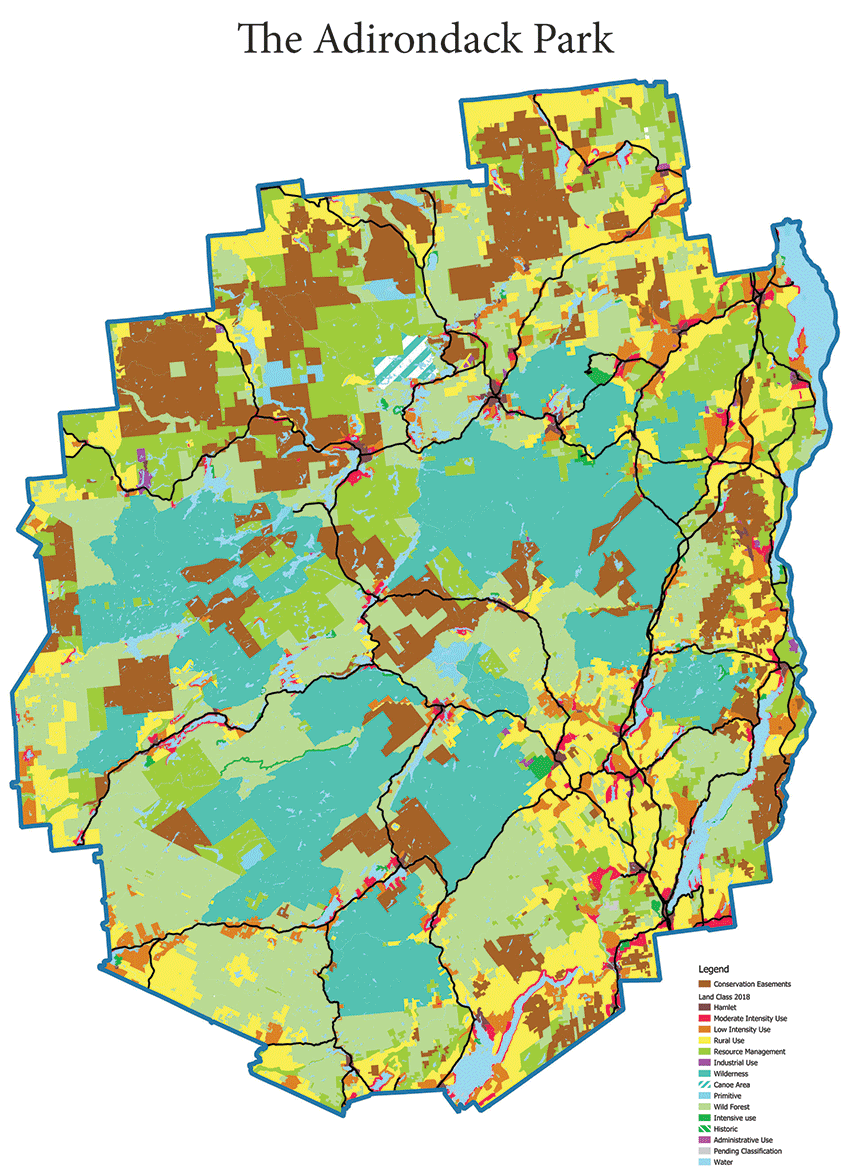 Protection of the Adirondacks began in 1885 with the establishment of the Forest Preserve. This was followed by the creation of the Adirondack Park in 1892 and the 1894 state constitutional provision that the Forest Preserve “shall be forever kept as wild forest lands.” What is important about this decade of conservation is that all these steps showed how New York understood that what happens in the Adirondacks is a matter of state-wide significance. Protecting the fountains of New York’s rivers and guarding forever a recreational retreat for everyone, the Adirondack Park exists because all New Yorkers understood then and understand today that Adirondack forests and waters are vital to the state.