Protect the Adirondacks sees advocacy campaigns as a way to educate the public, Adirondack and state leaders, and key policymakers about major problems facing the Adirondack Park and their possible solutions. Successful advocacy efforts not only raise public awareness about the extraordinary natural resources of the Adirondacks and frame these problems or challenges, but provide workable solutions and point the way forward. 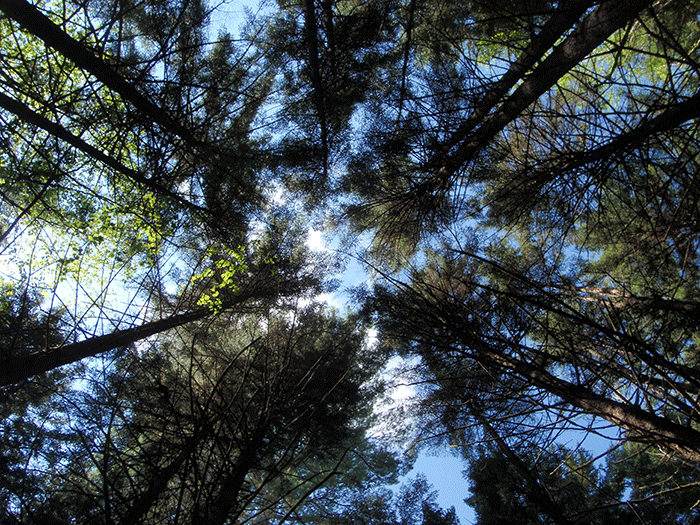 Over the next two years, Protect the Adirondacks is working on a number of advocacy campaigns to resolve longstanding environmental problems and challenges that have beset the Adirondack Park. 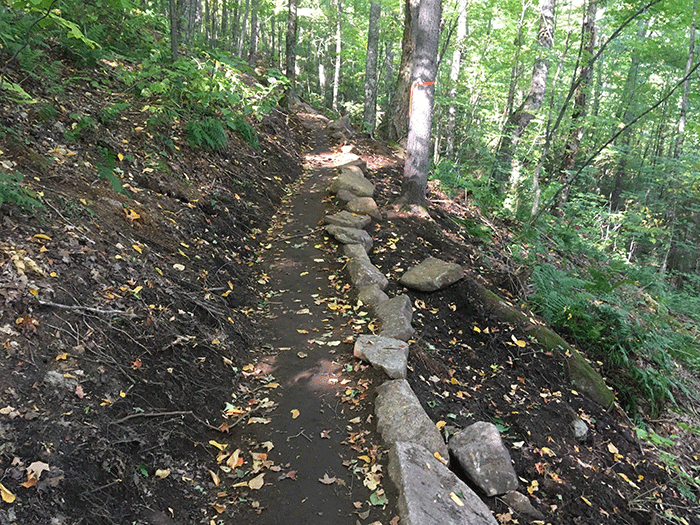 This is a section of a new sustainable side slope trail currently under construction in the High Peaks Wilderness Area. This trail is specially designed to withstand the heavy recreational use on a popular High Peaks mountain as well as the demanding weather conditions. This trail also upholds the Wilderness management ethos of the area. These types of trails are expensive and labor intensive to build, but will provide better long-term stewardship of the natural resources of the area and a much better public hiking experience.

Reform of the Adirondack Park Agency (APA): The Adirondack Park Agency is broken and Governor Andrew Cuomo broke it. Protect the Adirondacks is advocating for new APA Board members who have experience in environmental law, regional planning and science. The current APA Board of dominated by local government officials and private businesses leaders. The APA Board needs a greater representation of people with a broad range of professional experiences as well as people who will act independently based facts and analysis. 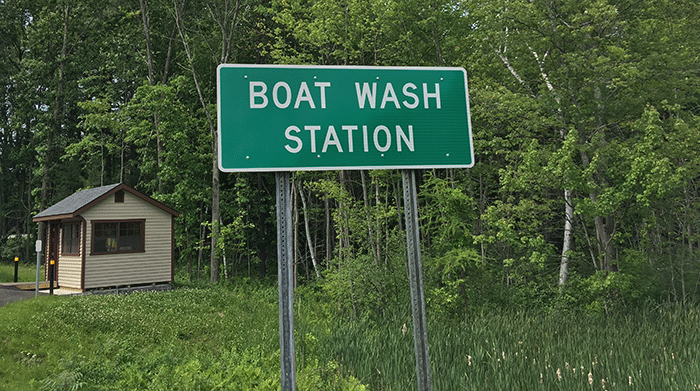 Mandatory boat control program to protect Adirondack waters from invasive species: Infestation with an aquatic invasive species (AIS) is one of the major threats facing the ecological health and economy of the Adirondack Park. AIS can rapidly change the ecology of a lake, wetland, stream or river as well as significantly impair and diminish recreational enjoyment. The key vector for spreading AIS is motorboats.

Across the Adirondack Park there are many lakes and ponds that remain uninfested and free of AIS. This is something that highlights the special nature of the Adirondack Park. Prevention is a more successful long-term strategy than direct management when dealing with an invasive species because it’s very difficult to eradicate AIS once established in a water body. It’s far cheaper to focus efforts on interdiction and prevention than direct management. It’s also much better for the ecological health of a water body to prevent an AIS infestation, rather than try and remove AIS once established.

Conversion of the 55 mile railroad from Saratoga Springs to North Creek to a public recreation trail: In 2017 and 2018, Protect the Adirondacks campaigned to stop long-term storage of used, out-of-service oil tankers on remote rail lines in the central Adirondacks. The railroad company that spearheaded this efforts planned to store 2000-3000 used oil tankers on the 20 mile Sanford Lake Railway between North Creek and the Tahawus Mine in Newcomb. Protect the Adirondacks produced a video in opposition in partnerships with local governments and publicized problems with storage plans. Much of this railway passes through the Forest Preserve. In 2018, state agencies intervened after the Governor announced his opposition to the storage plans. Once the oil tankers were removed, the rail line became dormant. The state is now pursuing efforts at the federal level to declare this unused track “abandoned.” Once abandoned under the federal law the rail corridor right-of-way will revert to the private landowners, the largest being the State of New York for the Forest Preserve. Protect the Adirondacks supports the state’s position.

The 20-mile Sanford Lake Railway from North Creek to the Tahawus Mine is connected to the 55-mile-long railway that runs south from North Creek to Saratoga Springs. Unlike the rail line to the north, this rail corridor is owned by Warren County and the Town of Corinth. These municipalities are trying to lease this line, but there are no takers. The best option is to convert the rail line to a public recreation trail. If the 55-mile-long rail trail, which runs through dozens of small communities, and mostly runs alongside the Hudson River, was built it would be one of the best public trail systems in New York.

The issue of reducing or eliminating road salt pollution is a challenging one for state and local officials. Winter is six months long in the Adirondacks and many people depend on clear roads for commuting long distances or for winter tourism. The tasks of changing practices and finding alternatives that lessen road salt pollution remains a key challenge for many across the Adirondack Park. Protect the Adirondacks, and many others, are advocating for changes in public roads management policy to use less road salt and transition away from ecologically damaging road salt use.

Reform of NYS septic system laws: No state in the country so poorly regulates onsite wastewater treatment systems (OWTS), commonly known as septic systems, as New York. The State of New York has long lagged far behind the rest of the U.S. in management of septic systems. Many Adirondack lakes see shoulder to shoulder development along their lakeshores and while buildings are often expanded septic systems are usually not upgraded. Faulty septic systems are leading source of nutrient loading and pollution in Adirondack lakes. In New York regulation of septic system occurs when a system is constructed but there is no mechanism to assess the viability of old systems that have been in use for years. Protect the Adirondacks is advocating for a reform of New York State laws to require a septic system inspection at the time of property transfer to ensure that the system is adequate and functional. A system should also be upgraded when a building is expanded.

If you value a strong advocate that is pushing to strengthen protections for the Adirondack Park, you should join with Protect the Adirondacks as a member today! Click here to sign up.