Will the new boss be the same as the old boss?

We’ll know the answer to this question when the Adirondack Park Agency (APA) meets on January 13-14th. On its agenda is a draft permit for a new granite quarry in White Lake in the town of Forestport in the western Adirondacks. This project is widely opposed by neighboring landowners, residents, and property owners in the general area. There have been very few private land development projects in the last two decades that have engendered such a high level of public involvement and concern.

Click here to read a letter to the APA from PROTECT, the Adirondack White Lake Association submitted by the PACE Environmental Law Clinic.

The APA has stopped using adjudicatory public hearings in the last decade. From 1973 through 2008, the APA sent 151 projects to formal public hearings. Since 2008, there have been 0. The APA argues that it changed its practices and now uses the explicit threat of an adjudicatory hearing to reshape projects or bring applicants into compliance with the law. In the case of the new White Lake granite quarry, that did not happen since the project changed very little throughout its review and key facts remain disputed about a number of potential negative impacts to the rural quality of life in the area from this new industrial activity. No substantive changes were made, many issues remain in contention.

The application, submitted by Red Rock Quarry Associates, is located on a largely forested 56-acre tract on Stone Quarry Road, south of Route 28, in the White Lake neighborhood. Around 27 acres of this site will be actively mined over the life of the proposed new mine. The site has not been an active quarry for nearly 90 years, while there has been significant residential and small business development around the area’s lakes. 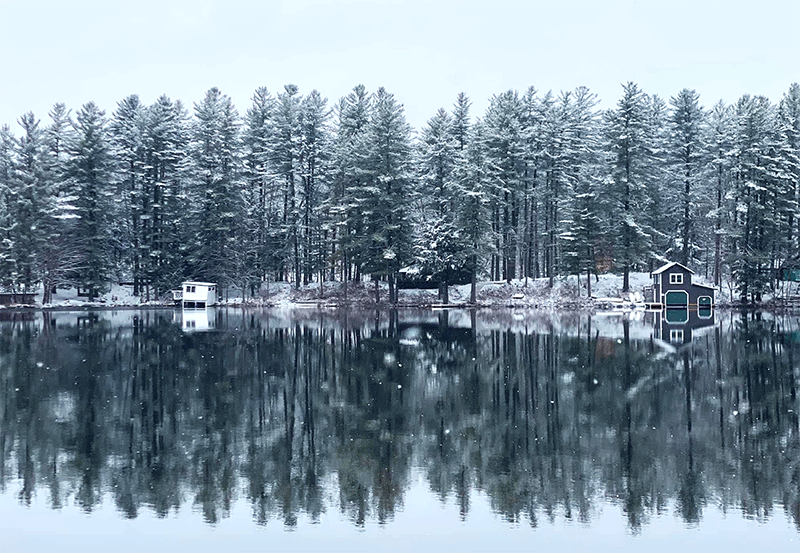 The new White Lake granite quarry is completely out of character with the area’s local residential and tourism economy. This large-scale industrial facility will disrupt the local quality of life and poses environmental threats. The APA review did not consider a number of factors.

The project will open large pits in an 8.8-acre area with 40-foot-high walls. Bedrock will be removed and topsoil stockpiled. Crushing will occur on-site. Large granite “bricks” will be cut using “diamond wire saws” and then loaded on trucks, which will run up to 20 loads per day. Blasting will be necessary to break apart or break open the bedrock for mining operations. The mine will operate all summer long, during the height of the White Lake tourist season, from April 1 through October 31, Monday-Friday, 7am-6pm and 7am-12pm on Saturdays.

Area residents are concerned about noise from mining operations, noise from blasting, truck traffic, fugitive dust, and water quality impacts. The long hours and weekend mining will also be disruptive to the local quality of life in the area. It goes without saying that the hundreds of properties around White Lake and Little Long Lake have not had to deal with blasting or noises from mining operations before echoing through the hills.

The purpose of a formal adjudicatory public hearing is to develop a record for the APA to use to make its decision. After the hearing is completed, the decision by the APA Board is made based on the record and the contours of a given project and draft permit conditions are shaped by information developed in the hearing.

A formal adjudicatory public hearing is not a standard “public hearing” where the public is invited to comment on a specific proposal. This is not a forum where speakers get three minutes to talk about a proposed action. A formal adjudicatory public hearing is a quasi-judicial proceeding that’s administered by a Department of Environmental Conservation (DEC) Administrative Law Judge, where different interests can petition for party status, where independent expert testimony is introduced, where APA staff and experts can be cross-examined, and where an applicant’s experts can be cross-examined. Experts introduced by intervening parties can also be cross-examined. Some hearings take a day, some take weeks. All the safeguards around ex parte communications are employed.

The APA rules and regulations lay out the criteria for sending a project to public hearing. One criteria is the level of public concern and interest. The hundreds of letters and public comments submitted, unusual for a proposed private land development project, clearly meet that criteria. Other criteria involve disputed facts. The Adirondack White Lake Association has invested in independent mining experts that reviewed the application and raised serious questions about potential impacts from this project. An adjudicatory hearing is the best way, the only way at this point, to resolve these disputes and fully and openly assess the impacts of this project.

Will the new boss be the same as the old boss?

A version of this article was published on The New York Almanack.

A version of this article was published on The Adirondack Almanack.