Gooley Club buildings have been removed

All of the buildings of the Gooley Club hunting camp on Third Lake on the Essex Chain Lakes have been removed. The site is cleared. The dozen or so cabins, the shower building, the main lodge clubhouse, the various storage buildings, and the network of docks are all gone.

Under the terms of the state’s purchase from The Nature Conservancy in 2012 the hunting camps and clubs on these lands were allowed to remain until the end of September 2018. Their last exclusive big game season was 2017. The Essex Chain Lakes Complex Unit Management Plan (UMP) called for the removal of the Gooley Club buildings once their term of exclusive use was up, but some members of the Gooley Club and allies at Adirondack Architectural Heritage (AARCH) and local government leaders made a last stand to keep these buildings. They argued that the Gooley Club should stay and be preserved and maintained by the state as some kind of living museum of Adirondack hunting and fishing camp culture.

Protect the Adirondacks and others argued against this. We argued that there are hundreds, if not thousands, of similar camps and clubs that are successfully operating on private lands owned by clubs, on private lands leased by the clubs, and on leased parts of conservation easement lands. Many of these clubs have been in operation for decades, many have buildings as old or older than the Gooley Club, and there are many clubs that would be interested in sharing their stories and seeing their buildings recognized for their historic values if they were ever approached by AARCH or others. 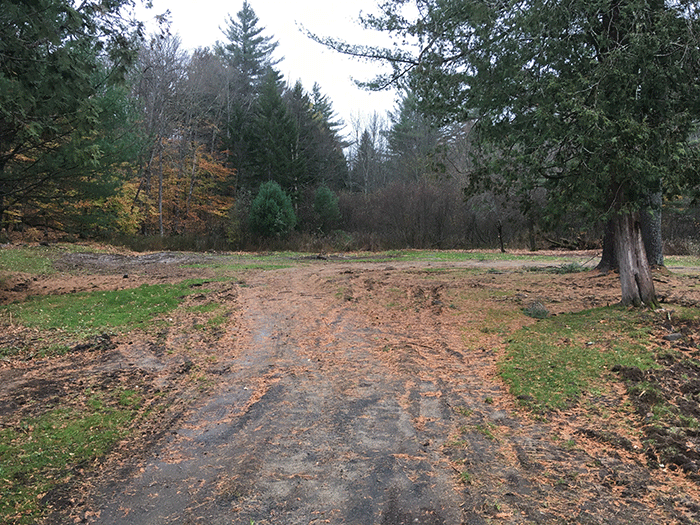 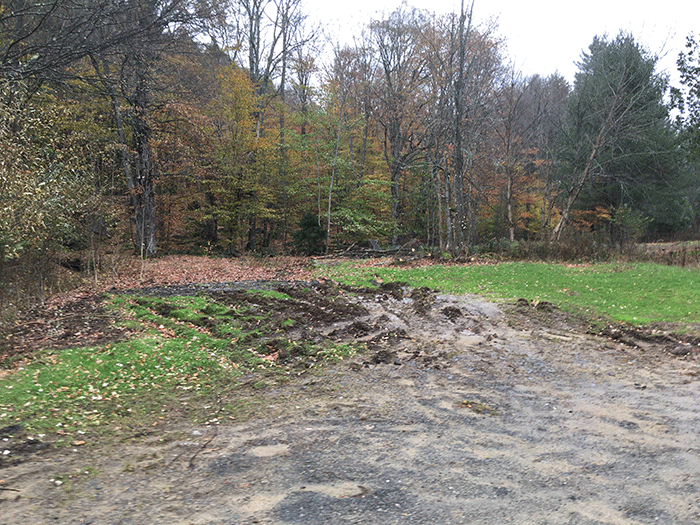 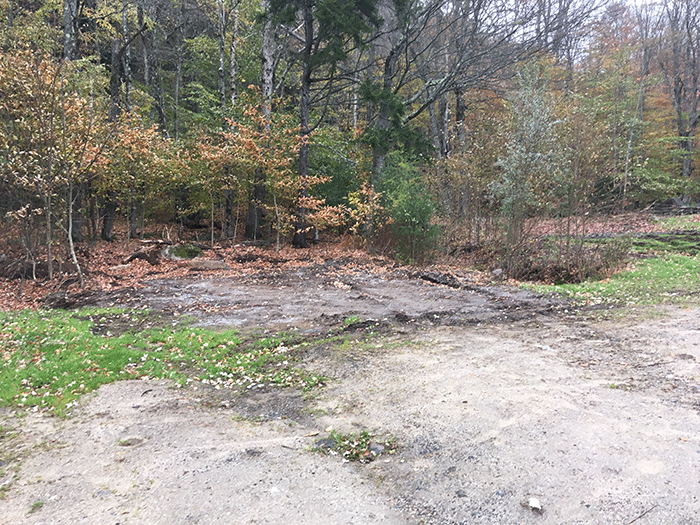 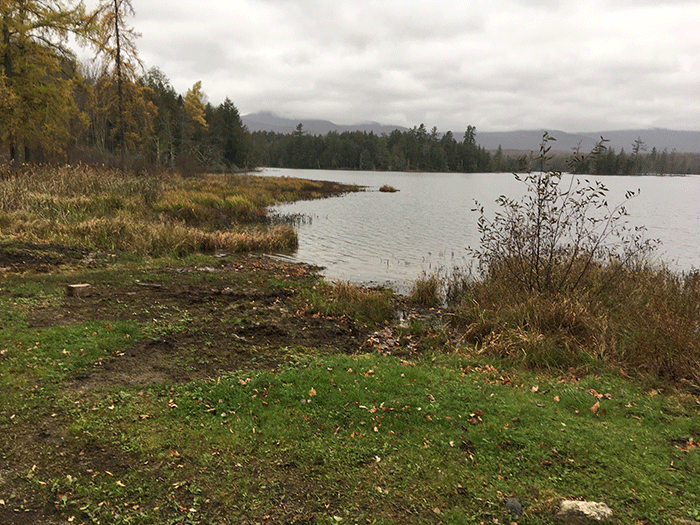 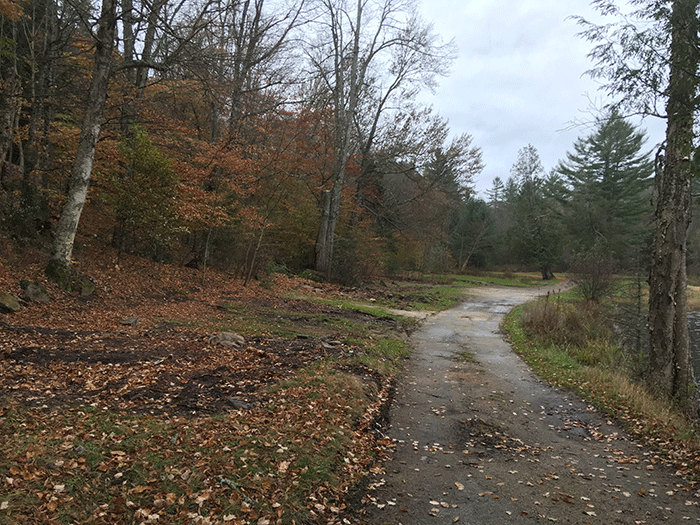 The Gooley Club buildings were removed in the early fall of 2018.

On this website I posted three articles (see them here, here and here) about the problems facing the State of New York regarding buildings on the Forest Preserve. Over the last 45 years a working compromise has been forged that buildings can be retained for various administrative purposes. Think of the caretaker’s cabins at Marcy Dam, Lake Colden and the Raquette River. Think of the Whitney Headquarters compound. These buildings are accompanied by a classification under the State Land Master Plan as State Administrative. Buildings can also be retained for historic preservation purposes. Think Great Camp Santanoni and some firetowers, such as St. Regis Mountain and Hurricane Mountain. Think John Brown’s Farm and the Crown Point fort. These are Historic Areas under the Master Plan.

The State has recently taken on two new buildings as parts of the purchase and classification agreements negotiated between the state and local governments and their allies. Though the state has agreed to keep the farmhouse on the Chain Lakes Road overlooking the Hudson River outside of Indian Lake and the log cabin at the 4 Corners on the Boreas tract, no plans have come forward for how these buildings will be managed and no funding has come forward for their upkeep. The state also has the 25-building complex known as Debar Lodge on Debar Pond in the Debar Mountain Wild Forest area, a remnant of the state’s purchase of an extensive tract for the Forest Preserve in the 1980s. The lodge was turned over the state fully in 2005 and has sat without a plan for its use or upkeep ever since, though the sprawling grasslawn around the main building is mowed by somebody.

The state should be congratulated for removing the Gooley Club buildings. They stuck to the UMP and the complied with the law. The Essex Chain Lakes tract suffers from a gerrymandered classification that subverted the State Land Master Plan. It includes motor vehicle bridges that subvert the Wild, Scenic and Recreational Rivers Act. It includes an unnecessary redundant snowmobile trail running through the heart of these lands that undermines state snowmobile trail planning policy and requires cutting of new trail through old growth forests along the east side of the Hudson River in the Vanderwhacker Mountain Wild Forest. The Essex Chain Lakes UMP required revisions to dumb down of the State Land Master Plan, the first time in 45 years that the Master Plan was weakened, by the Adirondack Park Agency and Department of Environmental Conservation, to allow the state to patrol a Primitive Area, which is supposed to be managed like a Wilderness Area, in motor vehicles and to allow the public to ride bikes throughout the tract.

I had heard that the camps were gone before I hiked in. I passed a camper and pickup truck on the road in that imagine was a long-term permit for deer hunting. I parked at the Deer Pond trailhead parking area. There were eight pickups when I arrived that I figured were deer hunters. I signed at the trailhead register and checked the gate there and was happy to see it locked. I started walking on the road in a drizzle of rain towards “the tube” that connects Third and Fourth Lakes. When I arrived at the Fourth Lake special permit parking area it was empty of vehicles and the disabled access campsite there was unoccupied. I had argued that the tube should be torn out, the road disconnected, and the channel between the lakes restored as a navigable wetland, but on this day I walked over the culvert on the gravel road, passing by a dock and canoe launch. I hiked south a half mile to the junction where the roads diverge west to Third Lake and east to the Hudson River.

After a mile of so I arrived along the lakeside road on Third Lake to the site of the former Gooley Club. I had been to this site before but never on foot. Once, in the early 1990s, a club member brought me in for a visit to see the camp and lakes. Since these lands had become Forest Preserve I have paddled in via Deer Pond and Third Lake and the carries in between, paddling close to the shoreline to take pictures of the club. On one trip I met an old friend who was working for the club as the summer cook in the clubhouse. On this day, I walked on the shoreline road, lined with craggy cedars, its edges muddy with rising waters from beavers, and hooked around a point to where the buildings had once been.

The roadway that ran through the property was still evident as was the mowed green lawn. The building sites were evident by the open soil, long covered by cabins on blocks. There remained some gravel patches in wet spots and some stonework that channeled a small stream that ran through the camp. It was plainly evident by the patterns of aquatic plants in Third Lake where the docks had stood. Large white pines, cedar and bright yellow larch trees that had once towered over the club buildings stood out in the open lawn. I walked around and took pictures. There were no ATVs. No boats. No propane tanks. No docks. No motor vehicles. No buildings. The site is perfectly cleared.

We owe an immense debt of gratitude to all who made the protection of the Essex Chain Lakes possible. To the leaders of Finch, Pruyn & Company. To The Nature Conservancy. To Governor Cuomo and state agencies. To the local governments who signed on to the deal. To the private donors and taxpayers that wrote the checks. To all who cheered it along.

As the rain turned to big wet snowflakes I ate a sandwich and drank hot coffee under cover of a cluster of cedar trees out of the main strain of the drizzling snow. The thick flakes thudded and the woods were loud. The site of the former Gooley Club will make a terrific campsite on Third Lake in the years ahead. It’s a beautiful site on a gorgeous bay lined with islands of towering windblown white pines with long views beyond of forested ridges and Blue Mountain. It’s an extraordinary place that now fully belongs to the people. It’s the people’s land forever more. These lakes and the forest that surrounds them will grower wilder year after year, decade after decade, a grand showcase of the promise of forever wild. The Essex Chain Lakes suffer from poor campsites, but this spot will be a fine campsite hopefully forever.