Great day at the 2022 Annual Members Meeting in Lake Placid

The 2022 annual meeting of Protect the Adirondacks was held at the John Brown Farm in Lake Placid on Saturday, July 16th. The meeting was widely attended by 75 members and provided an overview and update on accomplishments over the past year and major priorities for the year ahead.

The day started with refreshments and coffee by Green Goddess of Lake Placid. Chuck Clusen, Chair of Protect the Adirondacks, welcomed everyone and started the meeting. The Board and staff were introduced and the group was welcomed to the John Brown Farm by historic site manager Brendan Mills. 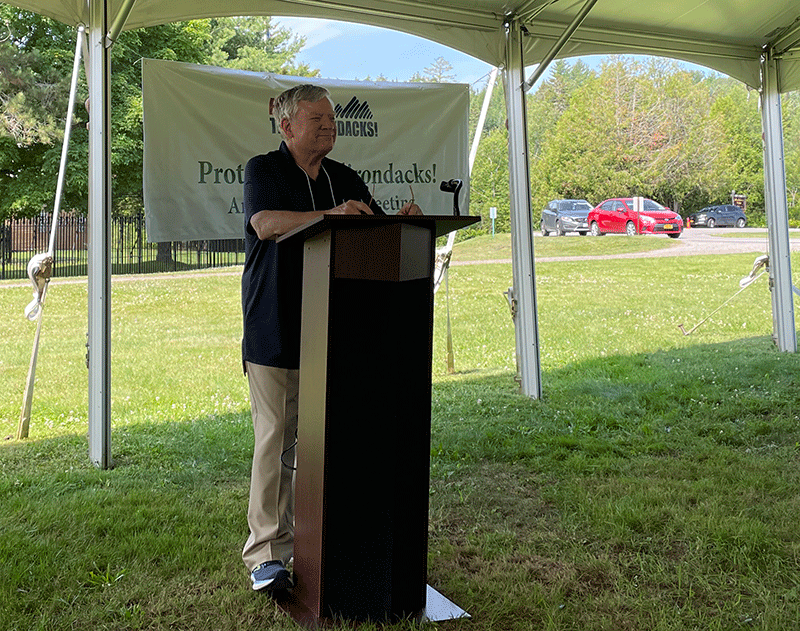 Chuck Clusen, Board Chair of Protect the Adirondacks, welcomed those attending.

Board Vice-Chair Michael Wilson calls for a vote on the 2022 Board of Directors election.

PROTECT executive director Peter Bauer provided an overview of PROTECT’s conservation and advocacy work. This presentation can be seen by clicking here. The presentation included the priority list of these 12 issues: 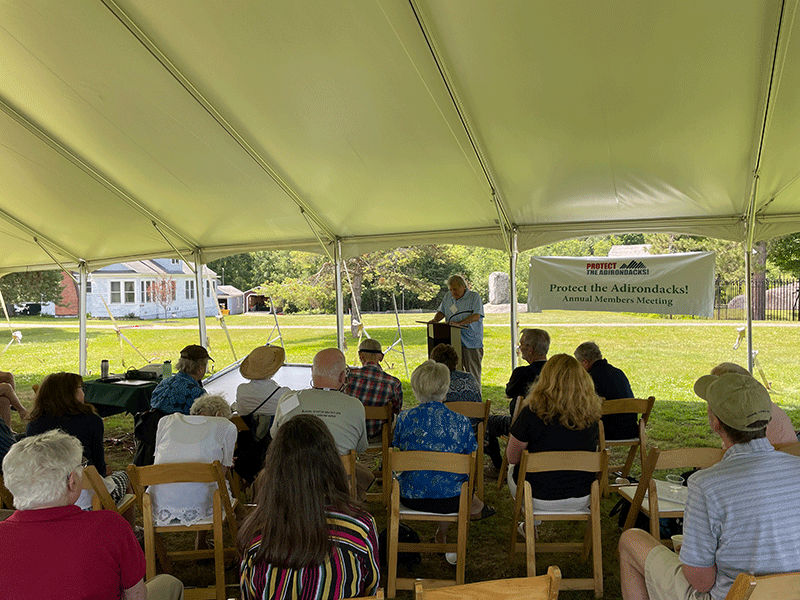 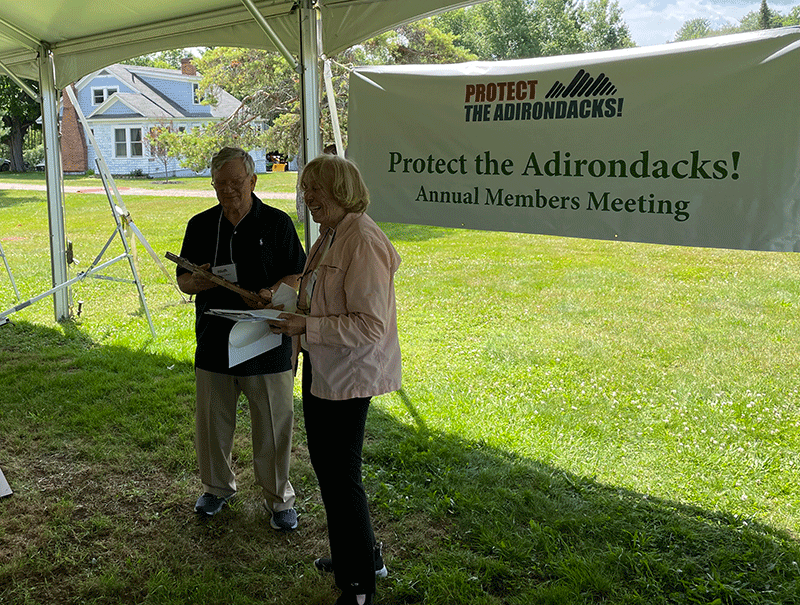 The group adjourned after the Zahniser Award and ate a buffet lunch, which was followed by a talk from social historian Amy Godine, who is the curator of the “Dreaming of Timbuctoo” exhibit at the historic John Brown Farm. Godine talked about the findings in her book, to be published in 2023, The Black Woods, that chronicles the formation, experiences, and legacy of the dozens of black families who arrived in the North Country in the 1850s as part of an effort to provide 120,000 acres of Adirondack wilderness to 3,000 Black New Yorkers in order to expand voting rights and expand the numbers of black farmers. 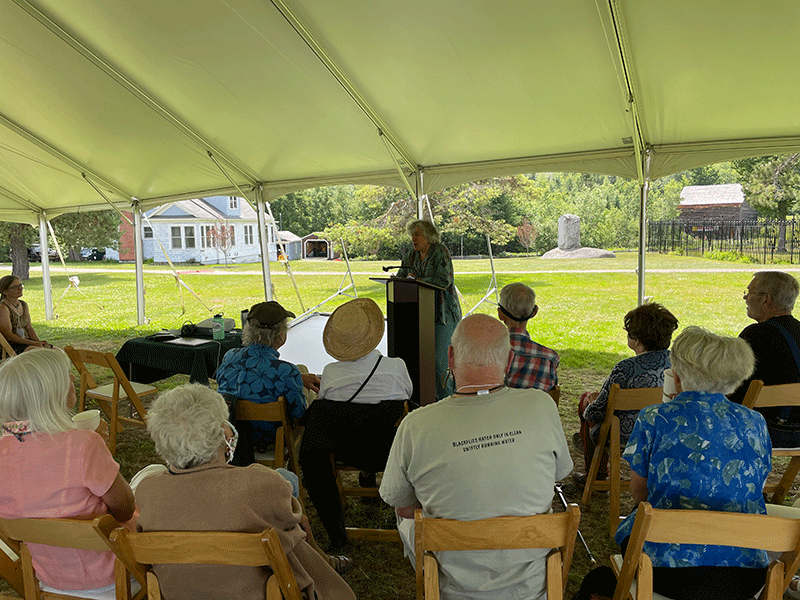 Amy Godine talks to the crowd about the “Dreaming of Timbuctoo” exhibit at John Brown’s Farm and her work to research the history of black families who arrived in the Adirondacks and North County in the 1850s as part of a massive project to expand black landowning farmers.

The meeting broke up after a tour of Dreaming of Timbuctoo.” Make sure that you attend the annual meeting in 2022.