Protect the Adirondacks has filed a major part of our lawsuit that challenges the construction and management of snowmobile trails on the Forest Preserve by the Adirondack Park Agency (APA) and Department of Environmental Conservation (DEC). PROTECT alleges that state actions by the APA and DEC violate state law and the State Constitution. PROTECT has long opposed an expansion of snowmobile trails to widths of 12 feet or wider. We see these “trails” at that width as road-like with far-reaching negative ecological impacts. PROTECT also believes that the design of these road-like trails is principally to support large tracked groomers, which we believe are limited to designated roads and prohibited from use on “trails” under state law. The only motor vehicle allowed on a designated trail is a snowmobile.

These filings only pertain to part of PROTECT’s lawsuit. The case has currently been split into sections by the Judge. These papers submitted by PROTECT support its allegations about state violations of the State Land Master Plan and state agency regulations. Submissions for allegations about a Constitutional violations will be submitted later in the year or in early 2014, though that schedule is still to be determined.

On October 15, 2013, PROTECT submitted the following materials to the court:

The state now has 30 days to submit its Answer. There is a possibility that oral arguments may be scheduled. A decision is likely in the first half of 2014 on the issue of the legality of large tracked groomers on trails on the Forest Preserve. The Constitutional violation allegations will follow a longer time schedule.

Here are some pictures of one road-like snowmobile “trail” that PROTECT is challenging. These pictures show a “trail” widened and graded with heavy machinery, rocks and trees removed, and an oversized bridge under construction for large multi-ton groomers. 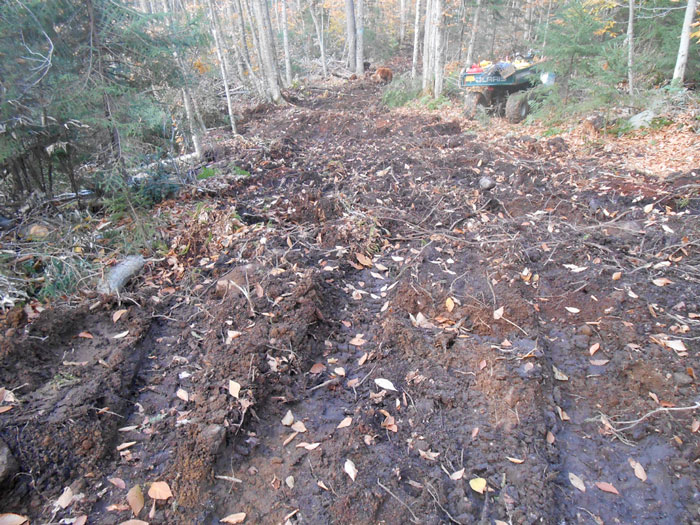 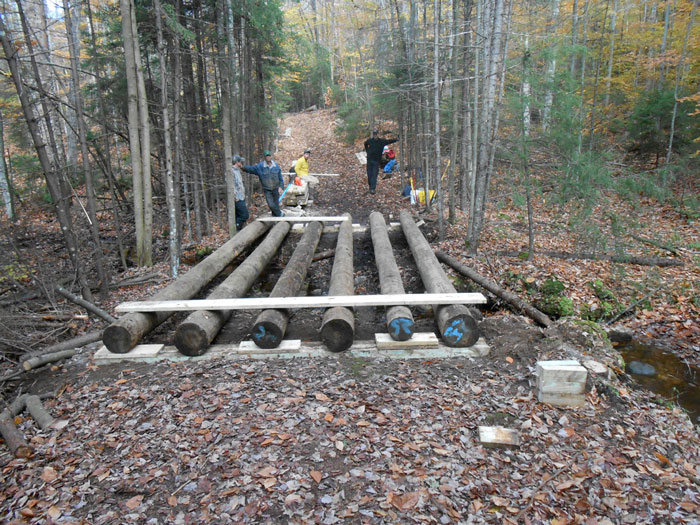 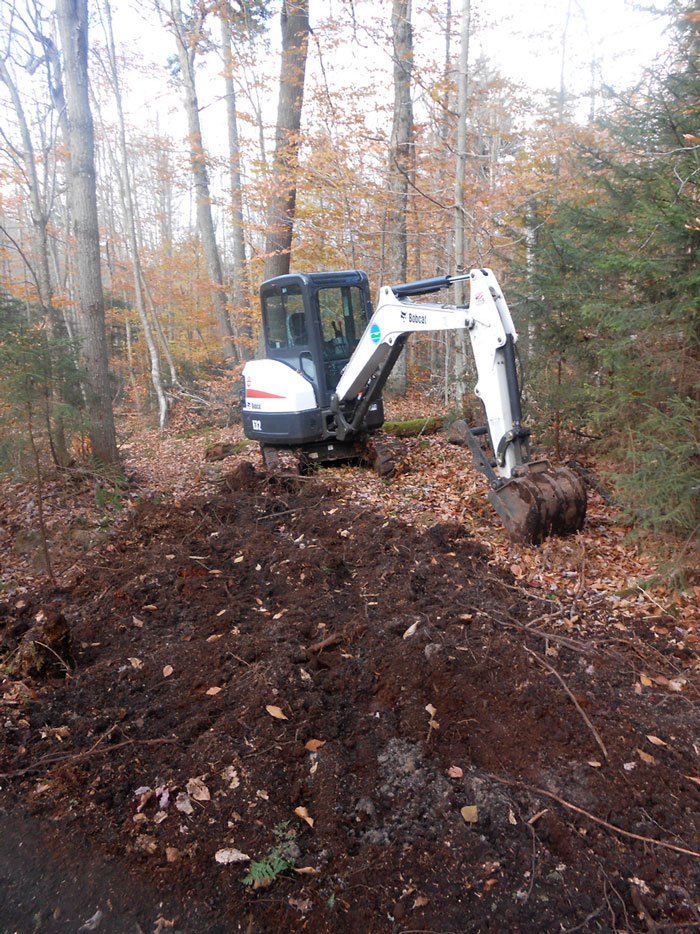