Award made for stalwart service on Adirondack Park Agency Board where he defended the Forest Preserve, State Land Master Plan, and natural resources of the Adirondack Park

Protect the Adirondacks is pleased to announce that the Howard Zahniser Adirondack Award 2017 will be given to Dick Booth, a former Adirondack Park Agency Board member and a professor in Cornell University’s Department of City and Regional Planning, located within the University’s College of Architecture, Art, and Planning. This award recognizes Booth’s service on the APA Board from 2007 to 2016 where he distinguished himself in defense of the “forever wild” Forest Preserve and classified “Wilderness” lands in the Adirondack Park. During his time on the APA Board, which manages a complex private and public land use regulatory program for the 6-million acre Adirondack Park in northern New York, Booth worked to uphold a decision-making process based on compliance with existing laws and regulations, scientific review and analysis, and public input. 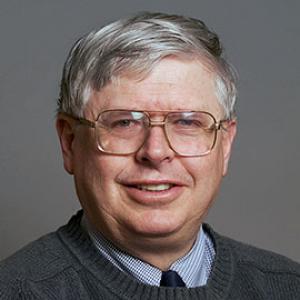 During much of his time at the APA, Booth chaired the State Lands Committee, which oversees management for 2.4 million acre Forest Preserve in the Adirondack Park. A special focus for Booth was the 1.1 million acres of Forest Preserve classified as Wilderness. Booth worked to focus the APA’s attention on the importance of Adirondack Wilderness to New York and the eastern U.S given the scarcity of Wilderness lands east of the Mississippi River. Booth worked to hold the APA accountable during a series of major decisions with regards to the classification and management of the Essex Chain Lakes and for changes to the Adirondack Park State Land Master Plan, which sets management rules for the Forest Preserve.

“Dick Booth was a beacon of hope at the APA. At a time when the APA was moving away from 40-years of longstanding precedents and laws for protecting the Forest Preserve, Dick Booth tried to hold the agency accountable. His belief in Article 14, Section 1, the forever wild provision, of the State Constitution, in the rule of law and in the importance of Adirondack Wilderness to the state and country makes him a great choice for the Howard Zahniser Adirondack Award in 2017” said Chuck Clusen, Chair of Protect the Adirondacks.

Booth was critical of the APA’s planning process for the Essex Chain Lakes Unit Management Plan (UMP) and the subsequent weakening of the State Land Master Plan. In March 2016, Booth read a bold statement into the record at the APA. Here’s an excerpt:

The core of the State Land Master Plan is aimed at protecting Wilderness values. All of these lands, or virtually all of these lands, are protected by the forever wild clause of the State Constitution. There was no reason to create a State Land Master Plan unless at its central purpose was to provide much more protection than was afforded in a general sense under Article XIV.

The basic idea in protecting Wilderness was that in today’s life with modern conveniences that in Wilderness areas and near Wilderness areas people put aside those conveniences and move under their own power, move without motors, move without mechanized devices. The Master Plan comes down strongly in favor of allowing natural forces to undertake and pursue their own ends and for human beings to move in certain areas in traditional ways and using their own power.

Amendments to the State Land Master Plan are contemplated, and are appropriate, and the plan provides for amendments. The way the process is supposed to work is that there should be a full, honest deliberation by the multi-constituency Adirondack Park Agency, which then makes recommendations to the Governor. The Governor is authorized, and it’s entirely appropriate, to approve either the Agency’s recommendations or to disapprove those recommendations.

But this process which I just described is not what has happened over many months regarding the Essex Chain Lakes Complex, and the UMP [Unit Management Plan] that was adopted, or regarding these amendments to the State Land Master Plan. I’m not suggesting a different result might have occurred. I am saying that the process has not been a full open discussion by the Park Agency.

“Dick Booth was a towering figure during his time on the APA Board where he defended Wilderness and worked to ensure that the APA upheld New York’s environmental laws. Dick Booth believed in the Forest Preserve as a sanctuary for biological diversity and wildlife, but also a resource to provide an array of outdoor recreational experiences that underwrite the tourism economy of the Adirondack Park” said Peter Bauer, executive director of Protect the Adirondacks.

When Booth stepped down from the Adirondack Park Agency Board, he published a farewell address that included this statement near the end:

This memo has urged close attention to the letter of the SLMP. In closing, I urge that the Adirondack Park Agency pay very careful attention to its spirit as well. The Master Plan forcefully favors the protection of large, wild, remote, high resource value tracts of the Adirondack Park’s Forest Preserve lands from intensive human use, including motorized uses and motorized access. The SLMP does so because it is vitally important that people have meaningful and extensive opportunities to experience nature in its unbridled form without many of the intrusions of the modern world. Protecting those opportunities today is increasingly important and difficult because the world in 2016 is so much more crowded and busier a place than it was in 1972. Protecting and enhancing those opportunities will become ever more significant and ever more challenging as the decades proceed, as new generations arrive, and as technology wears away at more and more of the world’s natural fabric. The members of the Agency, now and far into the future, bear and will bear the responsibility — and must bear the responsibility — of making certain that the Master Plan’s spirit lives and thrives.

PROTECT will make this award at its annual meeting on July 15, 2017 at the Heaven Hill Farm in Lake Placid. Click here to register for PROTECT’s annual meeting.