Protect the Adirondacks was pleased to honor Elizabeth Thorndike and Peter S. Paine, Jr. with the Howard Zahniser Adirondack Award, the organization’s highest honor. Howard Zahniser was a towering figure in American conservation history who relentlessly campaigned for the National Wilderness Act, which he modeled in part on the forever wild clause in the New York State Constitution. This award in his name is the highest honor given by Protect the Adirondacks to recognize people who have made oustanding contributions to the environment and success of the Adirondack Park. 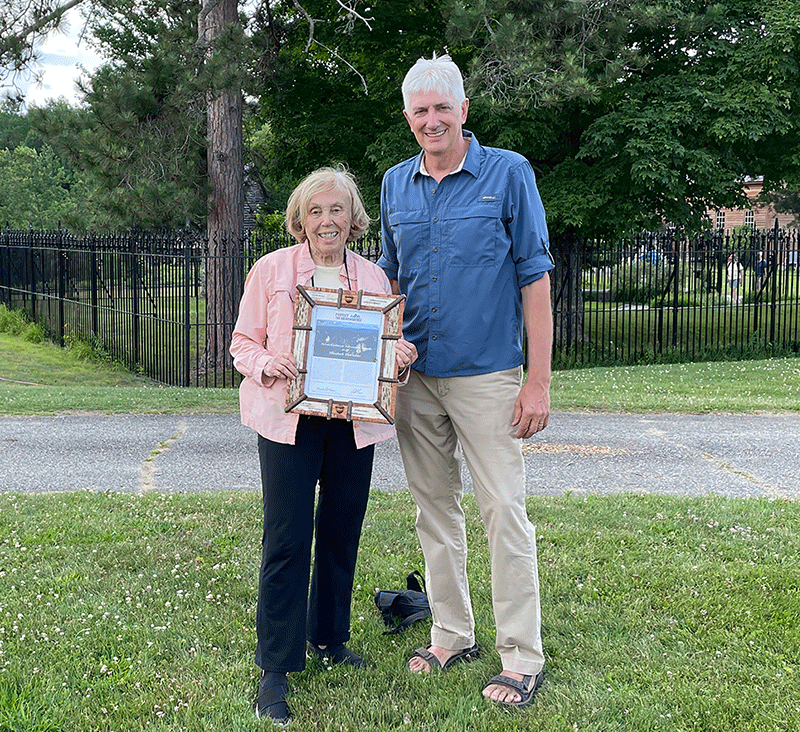 Elizabeth W. (“Liz”) Thorndike, Ph.D., of Rochester, was honored for her stalwart and successful work as a leader in protecting and defending the Forest Preserve, environment, and rural communities of the Adirondack Park. Liz Thorndike was the founder and President of the Center for Environmental Information. She served for over 15 years on the APA Board, where she chaired the Park Policy and Planning Committee. At the APA, Liz convened the Public Issues Forum for years, where the committee sought civility and mutual respect in discussions of major Adirondack issues. Liz served on Governor Mario Cuomo’s Environmental Advisory Board and the Board of the New York State Energy Research and Development Authority. She was on the Board of the Association for the Protection of the Adirondacks, was a founder of the Adirondack Research Consortium and the Adirondack Park Institute. 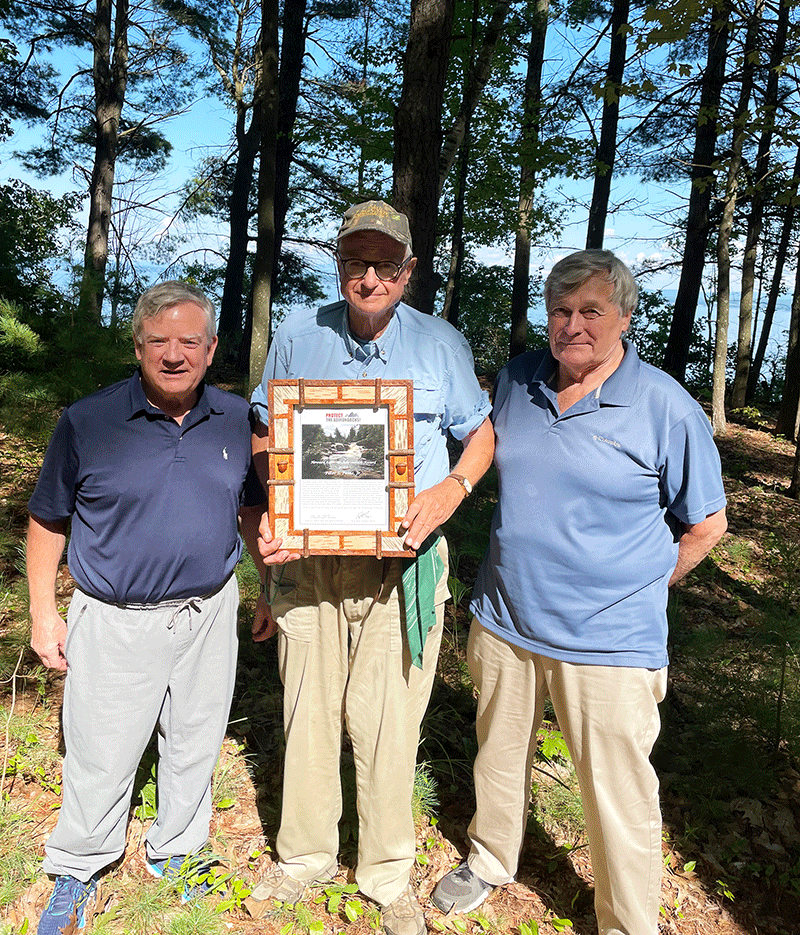 Peter S. Paine, Jr., holding the Howard Zahniser Adirondack Award, with Protect the Adirondacks Chair Chuck Clusen on the left and Board member Bob Glennon on the right.