North Creek, NY – Protect the Adirondacks is pleased to announce that the Howard Zahniser Adirondack Award for 2021 will be awarded to attorneys John Caffry and Claudia Braymer. The Howard Zahniser Adirondack Award is being made in honor of John Caffry’s and Claudia Braymer’s extraordinary efforts over eight years to lead the successful lawsuit Protect the Adirondacks v. Department of Environmental Conservation and Adirondack Park Agency, decided by the New York Court of Appeals on May 4, 2021.

This decision by the state’s highest court upheld and affirmed Article 14, Section 1, the forever wild clause, of the State Constitution, that protects the 3-million-acre Forest Preserve in New York State. This is the most important decision on forever wild in over 90 years. Through their tremendous legal work, and historical and legal research, they built a winning case that involved the first courtroom trial in the history of forever wild and successful appeals to the Appellate Division, Third Department, and the New York Court of Appeals. As a result, New York’s highest court affirmed and upheld the forever wild clause 127 years after its passage at the 1894 Constitutional Convention to ensure that only the People can make major changes to the Forest Preserve, not Governors, Legislators, or state agencies.

In 2013, Protect the Adirondacks sued the Department of Environmental Conservation (DEC) and Adirondack Park Agency (APA) alleging that construction of “Class II Community Connector” snowmobile trails on the Adirondack Forest Preserve violated Article 14, Section 1, due to excessive tree cutting and destructive changes to the land. In May of 2021, the Court of Appeals found that the cutting of over 25,000 trees and the clearing of 27 acres of forest, to build the first 27 miles of Class II trails violated Article 14. The APA and DEC had approved a network of hundreds of miles of Class II trails in the Adirondack Forest Preserve. The Court’s decision put an end to those plans, while still allowing for construction and maintenance of foot trails on the Forest Preserve.

Article 14, Section 1 states, in relevant part, that “[t]he lands of the state, now owned or hereafter acquired, constituting the Forest Preserve as now fixed by law, shall be forever kept as wild forest lands. They shall not be leased, sold or exchanged, or be taken by any corporation, public or private, nor shall the timber thereon be sold, removed or destroyed.” 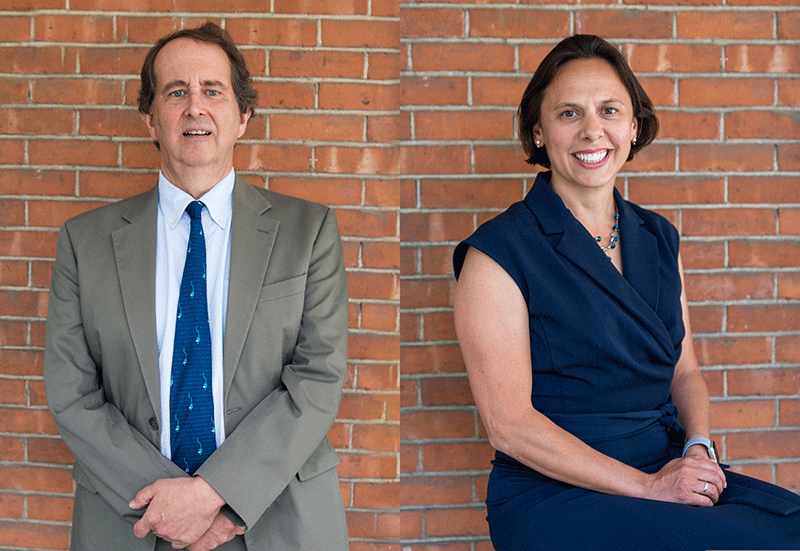 Major changes to the Forest Preserve have been made through Constitutional Amendments to Article 14. The most recent was the creation of the Health and Safety Land Account in 2017. Two amendments were approved in 2013. Article 14, Section 1, has been amended 16 times since 1941. Amendments require passage in two successive Legislatures followed by approval in a statewide vote.

“John Caffry and Claudia Braymer lead the effort to reaffirm the importance of forever wild. Through their bold work, the constitutional protections for the Forest Preserve were shown to be just as important in 2021 as they were in 1894, if not more so. The framers of Article 14 protected the Forest Preserve in the Constitution so these great lands would not be used in political deals or as political bargaining chips by the Governor, Legislators or state agencies, who are subject to many different influences and pressures. The recent Protect decision is a ringing endorsement that only the People can make big changes to the Forest Preserve and that the 3-million-acre Forest Preserve in New York is truly the People’s Land,” said Charles Clusen, Chair of Protect the Adirondacks.

The DEC and APA had approved dozens of new Class II trails in recent years. A Class II snowmobile trail is a fundamentally new and different kind of “trail” in the Forest Preserve. Over 27 miles, DEC cut nearly 1,000 trees per mile, measured at a width of 1” diameter at breast height (DBH) or greater. Class II trails are designed to be 9-12 feet wide, but are often wider on slopes and turns. They require extensive “bench cutting” where cleared widths can reach 20 feet. The trail surface is graded with heavy machinery to remove rocks and roots so that the trail surface is uniform and flat. At the end, Class II trails are often planted with grass, becoming long grassy corridors cut through intact forestlands.

“John Caffry’s and Claudia Braymer’s legal work was vital for upholding the forever wild protections for the Forest Preserve. This was a difficult case with enormous challenges with incredibly high stakes. At every step of the way, they showed an unwavering dedication to forever wild and to the meaning and spirit of Article 14, Section 1,” said Peter Bauer, Executive Director of Protect the Adirondacks.

In the early 1990s, John Caffry represented environmental organizations in the Balsam Lake Anglers Club v Department of Environmental Conservation lawsuit over tree cutting on a new ski trail in the Catskills Forest Preserve. This case went to the Appellate Division, Third Department, which issued an important decision on Article 14, Section 1. John Caffry is a partner in the Glens Falls law office Caffry and Flower. Claudia Braymer runs the Braymer Law Office in Glens Falls and also serves as a Supervisor, elected from the City of Glens Falls, on the Warren County Board of Supervisors.

PROTECT will make these awards at its annual meeting on July 17, 2021 at the Garnet Hill Lodge in North River.

Howard Zahniser was a towering figure in American history who relentlessly campaigned for the National Wilderness Act, which became law in 1964. Zahniser’s Wilderness advocacy brought him to investigate the forever wild protections in the NYS Constitution for the Forest Preserve, which Zahniser used as a model for the National Wilderness Act. Zahniser was so taken with the Forest Preserve and the Adirondacks that he purchased a camp in the Town of Johnsburg near the Siamese Ponds Wilderness Area that his family continues to use today.