PROTECT honors Steve Englebright “Legislator of the Year Award” for 2017

Protect the Adirondacks is pleased to announce that its “Legislator of the Year Award” for 2017 will be awarded to Steve Englebright, Chairman of the State Assembly Committee on Environmental Conservation. This year, Chairman Englebright sponsored a bill to require conservation design for all major subdivisions in the Adirondacks and shepherded through, and vastly improved, a new Constitutional Amendment for Health and Safety Land Accounts in the Adirondacks. Chairman Englebright has been a bright shining light in the NYS Legislature who has worked for years to staunchly defend the natural resources and environment of New York. 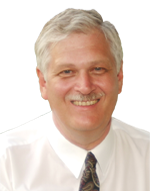 PROTECT will also make its “Howard Zahniser Adirondack Award 2017” to Dick Booth, a former Adirondack Park Agency Board Member and a professor in Cornell University’s Department of City and Regional Planning, located within the University’s College of Architecture, Art, and Planning. This award recognizes Booth’s service on the APA Board from 2007 to 2016 where he distinguished himself in defense of the “forever wild” Forest Preserve and classified “Wilderness” lands in the Adirondack Park.

Steve Englebright, a geologist by profession, has served in public office since 1983, when he was first elected to the Suffolk County Legislature. There he helped protect the Long Island Pine Barrens watershed, successfully fought the opening of the Shoreham Nuclear Power Plant, and pushed through programs to protect open space, which resulted in doubling the county’s parklands.

Elected to the New York Assembly in 1992, Assemblyman Englebright pushed successfully for the NYS Pine Barrens Protection Act and has been a leader for the use of clean, renewable energy. He authored New York’s solar and wind net-metering laws in the 1990s and successfully pushed in 2008 for the expansion of solar net-metering to include all utility customer classes. As Chairman of the Assembly Conservation Committee, he has been one of leaders of environmental protection in New York.

“Steve Englebright has worked tirelessly on behalf of the wildlife and natural resources of New York,” said Chuck Clusen, Chairman of Protect the Adirondacks. “It’s our great privilege to honor him and thank him for his hard work to protect the Adirondack Park, which he has always looked at and worked to defend as the state’s grandest wild area.”

“Over the past two years, Chairman Englebright was instrumental in shaping the proposed new 250 acre Health and Safety Land Accounts draft constitutional amendment and accompanying enabling legislation. His leadership met the needs of local communities and upheld protections of the forever wild provision while ensuring that there will be an open, accountable and transparent administration of how these Forest Preserve lands will be used in the future. His leadership was decisive and vital to the success of this amendment is gaining legislative passage,” said Peter Bauer, executive director of Protect the Adirondacks. “He also introduced and worked to advance a major revision to the APA Act to require conservation design for major subdivisions in the Adirondacks.”

PROTECT will make these awards at its annual meeting on July 15, 2017 at the Heaven Hill Farm in Lake Placid. Members can register for the meeting at PROTECT’s website www.protectadks.org.