State of New York currently pays property taxes based on local assessments. A tax cap could lower state tax payments and cause a tax shift to private lands.

The Cuomo Administration has proposed to cap Forest Preserve property tax assessments and change state law from the current system of locally assessed property taxes to a system of Payments in Lieu of Taxes (PILOTs) with a rate set by the State Comptroller. The state is doing this to save money because Forest Preserve assessments and the PILOT for tax payments would be centrally controlled. This proposal raises issues about a likely decrease in state lands tax payments over time and subsequent tax shift to private lands in Forest Preserve communities in the Adirondacks and Catskills.

Forest Preserve taxes are a serious matter for local communities in the Adirondacks. Of course, payments differ town-by-town depending on the acreage of Forest Preserve. The state used to provide an annual tax payment estimate for Forest Preserve, conservation easements, transition assessment, and annual aggregate assessments, among other state lands property tax programs, but the Cuomo Administration ended this program so the last town-by-town data we have is from 2010. At that time, the State of New York was paying over $75 million for all state lands in the Adirondacks. It is likely that today, given acquisition of new lands and increasing property values, that this figure tops $80 million. 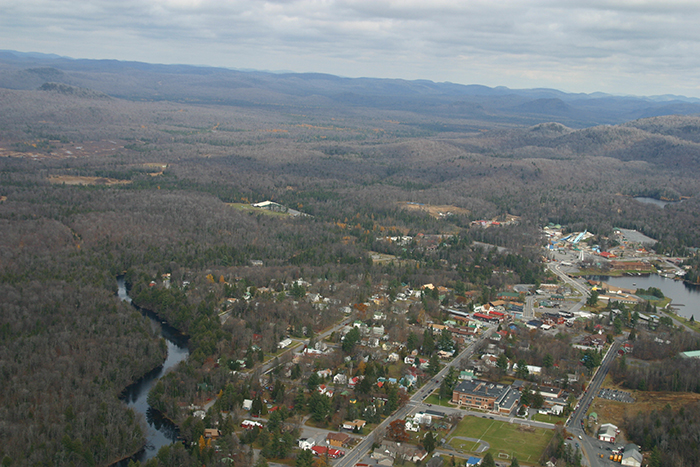 If one is a numbers-cruncher at the Budget Division, an $80 million program likely catches your eye when you’re tasked to come up with ways to close a budget gap. We’ve seen this before. This cap proposal is akin to efforts made by Governors Mario Cuomo, George Pataki and David Paterson. All these Governors looked at the issue as a way to reduce state spending. If the state set its own assessments on its own lands, then it could control costs.

If this goes through, it could be jarring for Adirondack communities in the years and decades ahead as the growth in assessed value of Forest Preserve lands is capped by the state and tax payments are regulated by a formula.

We’ve always looked at state payments of Forest Preserve taxes based on local assessments as an important part of the state’s annual management and maintenance of the Adirondack Park. State tax payments are a cornerstone of Park policy, something that helps make many Adirondack communities viable. The state has clearly invested heavily in a variety of essential Adirondack Park institutions, from Gore and Whiteface Mountain Ski Area and Olympic facilities, to support for museums, colleges, health care networks, and highways, among a variety of other programs and projects. This proposal seems like a radical change to a core part of the Park’s civic infrastructure, a breach of faith for all who believe in the Adirondack Park and want to see it succeed.

State law has long required state payment of taxes on Forest Preserve lands, but for decades the state assessed its own lands and this was controversial. In the 1980s, this resulted in a major lawsuit and decision. At that time, the State of New York, through the State Board of Equalization and Assessment, now long absorbed into the Department of Taxation, generated property value assessments for state lands, such as the Forest Preserve. The Town of Shandaken, home of Phoenicia, in the Catskill Park, sued the state in 1983-84, arguing property tax assessments were the rightful function of local governments citing the State of New York’s strong home-rule laws. Shandaken is a town of roughly 75,000 acres and in the mid-1980s, 45,000 acres were in the Forest Preserve.

The court case went to the New York’s highest court, the Court of Appeals, after Shandaken lost in the State Supreme Court in Ulster County and prevailed at the Appellate Division, Third Department, in Albany. The Court of Appeals decision rendered the primacy of local assessments for determining the value of Forest Preserve lands.

This decision had a ripple effect across Forest Preserve communities in the Adirondacks and Catskills. Many local governments at the time had long bristled at the state assessments, which they believed were too low, and wanted to conduct their own. In the wake of the “Shandaken” decision, the Adirondack Park Agency Local Government Review Board published a newsletter with the headline “There’s Gold in Them Thar Hills” that notified local governments about the decision and encouraged them to aggressively take over their assessments. As a result, assessments across the Forest Preserve increased.

Since the 1980s, property valuation and assessment across the Adirondacks have notably improved. Most towns now keep their assessments current and are at or near full value assessments based on regular revaluations of properties, though some like Stony Creek and Johnsburg have not revaluated their assessments in decades. The Office of Real Property Services, now within the Department of Taxation, also surveys Forest Preserve lands and performs assessments on a sample each year.

Forest Preserve lands, like private forestlands, are taxed according to a variety of factors, such as road frontage, interior roads, shoreline, accessibility of shoreline areas, and timber value, among other things. While it may sound strange, state foresters periodically cruise timber in places like the Seward Range or through the Silver Lake Wilderness. The state’s assessments are shared with local municipalities, which can then use their own assessments or the state assessments. It’s a rational process, though each year the state will grieve a few assessments that it considers egregious or obvious efforts to gouge the state. Generally, these are negotiated to an agreement, though periodically they end up in court, such as we saw with the Town of Clifton several years back.

The state claims that the proposed changes in the Governor’s budget will bring tax saving through administrative efficiencies and staffing reductions. In theory, it would also save some Adirondack communities significant resources as assessments on state lands would not be necessary. But there are real questions about long-term impacts from a possible shortchanging on Forest Preserve assessments, slowing in the growth of state tax payments on the Forest Preserve, and a tax shift to private lands.

This plan was rolled out as part of the budget and it will not be voted on separately but rather as a part of a massive state budget package. This plan was rolled out without analysis, projections, or details about all impacted programs. Something as important to the core of Adirondack Park management, such as state payments of local taxes on state lands, which could have serious long-term impacts on Adirondack communities and the Forest Preserve, should be undertaken only with sound analysis and data that are open for scrutiny and independent assessment.

It appears that one hand of the Cuomo Administration does not know what the other is doing. The Budget Division did not ascertain the potential impacts on programs of the Department of Environmental Conservation. If the Cuomo Administration is serious about undertaking these kinds of changes they should do so based on good studies that include projections of impacts. They should reach out to effected communities and hear their concerns. Undertaking major policy changes like this within budget negotiations does not make sense.