President Joe Biden signed the Inflation Reduction Act into law on August 16, 2022. The U.S. Senate passed the Inflation Reduction Act on August 7, 2022 and the U.S. House of Representatives passed it on Friday August 12th. This legislation is multi-pronged and deals with climate change, a spectrum of environmental issues, environmental justice, health care, and tax policy. The centerpiece of this legislation is more than 100 programs with grants and incentives aimed at reducing Greenhouse Gas Emissions, which marks the first national response in American history to combat climate change.

Protect the Adirondacks applauds the climate change and environmental legislation and programs at the core of the Inflation Reduction Act (IRA). The legislation earmarks $369 billion in climate programs to reduce U.S. Greenhouse Gas Emissions. This is the first major step in American climate change reduction policy and finally makes the U.S. part of a global solution to this crisis.

The IRA provides national leadership to start the transition away from reliance on fossil fuels in the U.S. The IRA relies heavily on tax credits and rebates to promote greater use of solar panels, wind turbines, heat pumps, electric vehicles, and energy conservation programs, which combined will reduce carbon pollution. The IRA is also designed to spur greater manufacturing of solar panels, batteries, wind turbines, and residential heat pumps. The IRA also invests in forest protection, coastal restoration, and environmental justice.

It is estimated that the IRA will reduce Greenhouse Gas Emissions by 40% from 2005 levels by 2030, increase U.S. solar manufacturing by 150% and add 190,000 new jobs by 2030. These clean energy initiatives are also expected to produce significant public health benefits through the reduction of soot, smog, and ozone. Reductions in nitrogen oxide (NOx) and sulfur dioxide (SO2) emissions from power plants will improve public health. IRA programs are designed to have significant impacts in the short-run, between now and 2030.

Protect the Adirondacks notes the key leadership role of New York’s senior Senator Chuck Schumer, the Senate Majority Leader, who kept climate change mitigation legislation alive and kept negotiating until he was able to craft a solution. This legislation attempts to bridge wide chasms of American energy policy and meet a variety of environmental challenges.

In the U.S. today, industrial uses are the greatest energy consumption sector using 33% of the total energy produced in the country. The transportation sector uses 28%, residential uses are 21%, and commercial uses total 18%. Currently, the energy sources for the U.S. include petroleum at 36%; natural gas, 32%; renewables, 12%; coal, 11%; and, nuclear, 8%. Of renewables, wind produces 27%, hydroelectric 19%, and solar 12%. (Source USEIA) 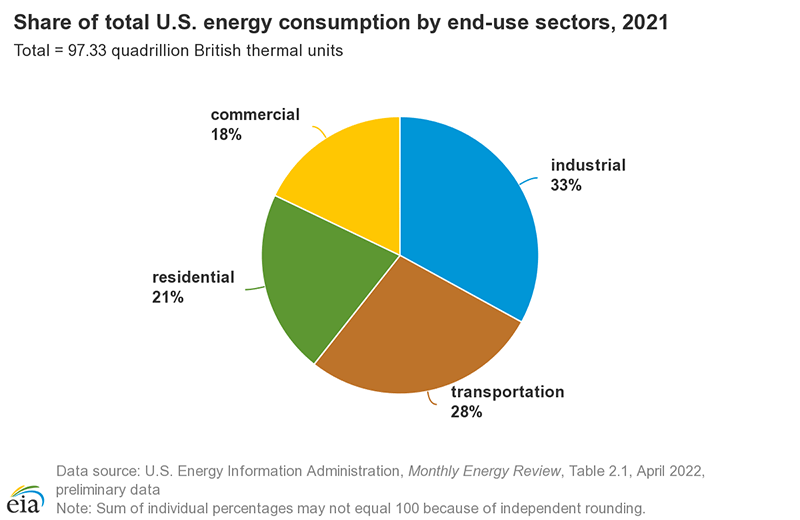 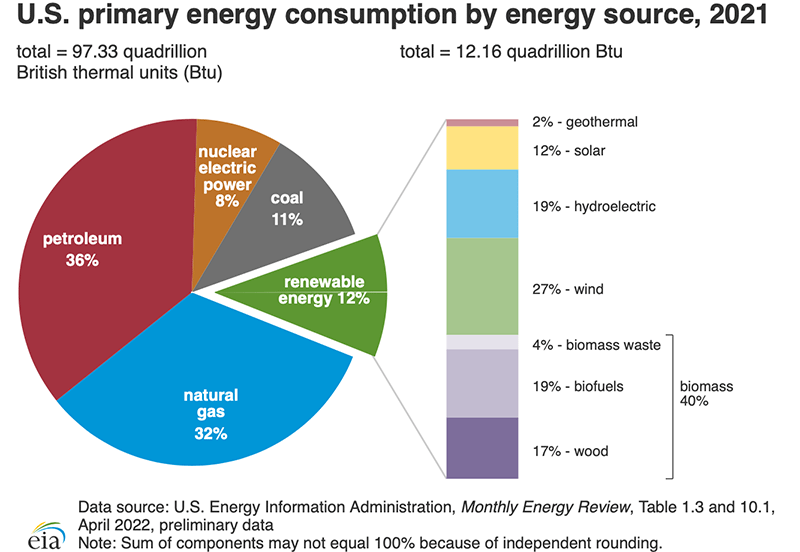 The IRA combines climate change, environmental, energy, tax and public health policy. Here are some highlights of this massive legislative package that will shape American climate change and environmental policy for the next decade: 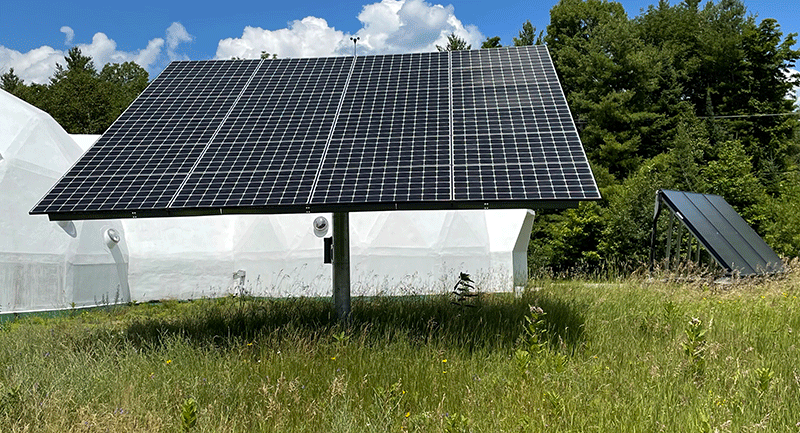 The IRA also invests heavily is electric vehicles, including:

Protect the Adirondacks also notes that the IRA includes important funding for Obamacare to cove more Americans and changes to law so that Medicare can bargain for lower prescription drug prices, among other public health programs. The legislation also changes parts of the U.S. tax code.

The IRA is famously a compromise with key Senators acting on behalf of the fossil fuel industry. Other measures in the IRA, such as an extension of tax credits for carbon capture and sequestration, could extend the life of dirty coal plants in the U.S., a policy that will hamper climate change mitigation. The IRA also expands oil drilling in the Gulf of Mexico and Alaska’s Cook Inlet and ties future oil and gas leasing to new wind and solar projects. More details are needed about a handshake agreement that could be acted on this fall in new legislation under the guise of “permitting reform” aimed at undermining the National Environmental Policy Act (NEPA), long a target of the fossil fuel industry, that would limit public/community involvement in the operation of existing and new energy plants and industrial operations. Protect the Adirondacks opposes these measures.