“Protect the Adirondacks is pleased to present our Howard Zahniser Adirondack Award to the Wildlife Conservation Society Adirondack Program. For 20 years, the Adirondack Park benefited from the industriousness and creativity of the team of scientists and community outreach specialists who undertook research to identify the roots causes of major ecological or community development issues and developed and helped implement solutions,” said Charles Clusen, Chair of Protect the Adirondacks. 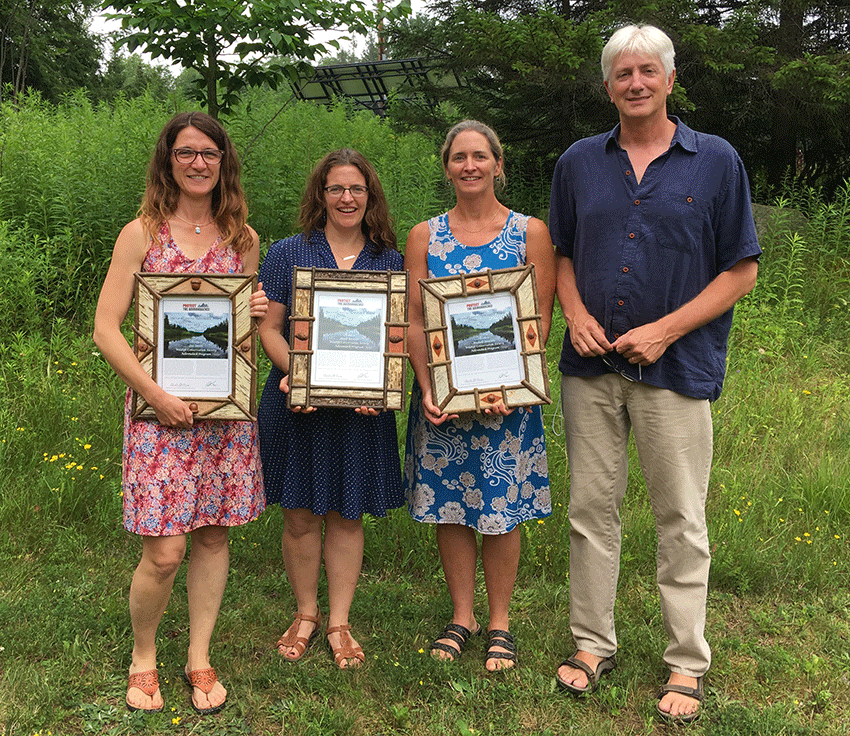 Pictured above are representatives of the Wildlife Conservation Society Adirondack Program with their plaques after receiving the Howard Zahniser Adirondack Award. From the left Zoe Smith, Heidi Kretser, and Michale Glennon, pictured with PROTECT Executive Director Peter Bauer.

Howard Zahniser was a noted Wilderness advocate with long roots in the Adirondacks. He campaigned his entire adult life for passage of the National Wilderness Act, which was passed just after his death in 1965. His research into successful Wilderness preservation models brought him to the Adirondacks where he met legendary conservation activist Paul Schaefer and the two became great friends. The Zahniser cabin is still used today by his family.