Save Whitney Park: Sign Your Name to a Petition to Governor Cuomo! 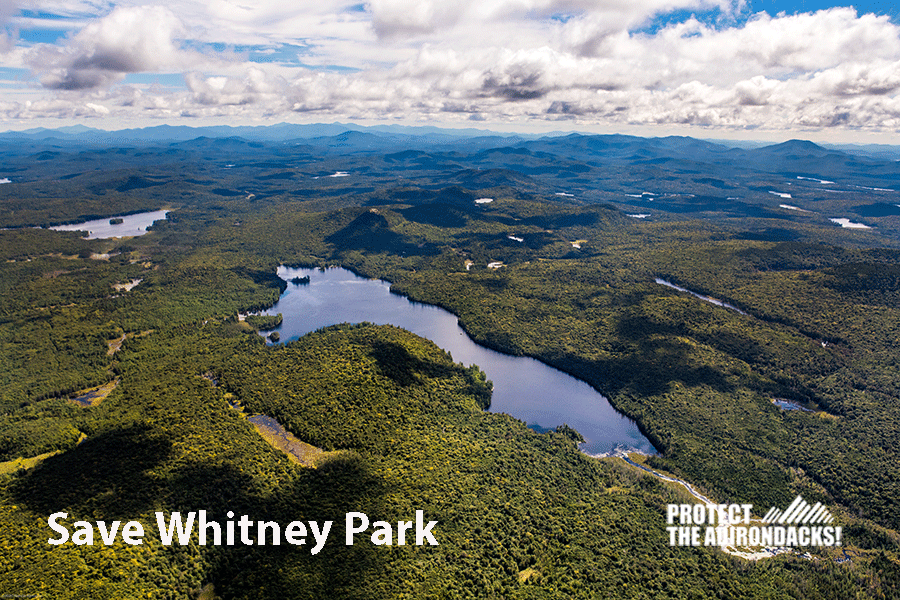 For more than 50 years, the 36,000-acre Whitney Park has been the top land protection priority in New York State. The tract is now for sale. The landowner says he’s selling for the top price and wants to make a deal soon. This land needs to be purchased by the State of New York and added to the public Forest Preserve. The Forest Preserve is the people’s land in New York, open and freely accessible to everybody. Whitney Park should be purchased by the state and added to the Forest Preserve.

We need your help to save Whitney Park and protect and uphold the values of the public Forest Preserve. Please sign onto the petition below.

For years, the State of New York has purchased private lands from willing sellers within the Adirondack Park to add to the public Forest Preserve. Over the past 125 years, the “forever wild” Forest Preserve has grown and expanded through a multi-generational and bipartisan commitment to create a wild Adirondack Park as a place with abundant waters and woods that are accessible and available to everybody so that current and future generations are guaranteed the opportunity to experience wild nature. That is the dream of the Forest Preserve.

A Landscape of Forests, Lakes and Ponds

Whitney Park could be a paddling paradise for people in canoes and kayaks. Whitney Park has 22 lakes and ponds and over 100 miles of undeveloped shorelines. The property has been well-managed for more than 100 years. The property was part of a holding of more than 100,000 acres in the decades after the Civil War, but sold large tracts to a timber company and to the State of New York in the 20th century. There are two private inholdings totaling over 400 acres with shoreline frontage on Forked Lake and Plumley Pond at the south end of the property.

In the 19th century, the lakes and ponds of the Whitney tract were popular as important links in historic canoe routes that were open to the public for decades. Little Forked Lake, Salmon Lake, Moose Pond, Flat Fish Pond, Slim Pond, and Stony Pond, among others, were parts of popular canoe routes documented and written about by George Washington Sears under the pen name “Nessmuk”. If purchased for the public Forest Preserve, these canoe trails from Little Tupper Lake to Stony Pond and Slim Pond could once again be opened to the public. Additionally, the historic canoe route from Little Tupper Lake to Rock Lake to Little Salmon Lake to Salmon Lake could be recreated and opened to the public more than 100 years after it was closed off.

The Whitney lands are bordered by the William C. Whitney Wilderness Area on its northern boundary. The majority of Whitney lands border public Forest Preserve on its south and east. 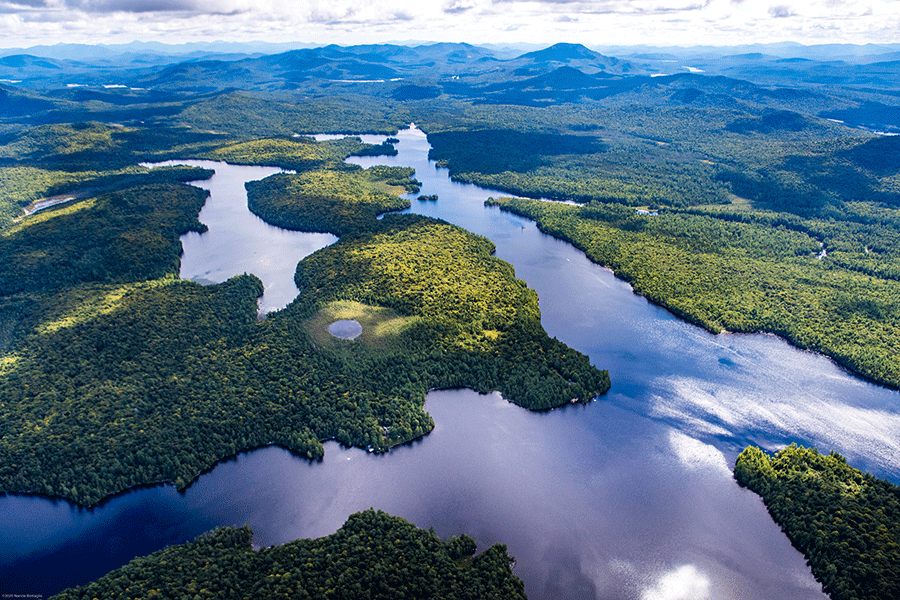 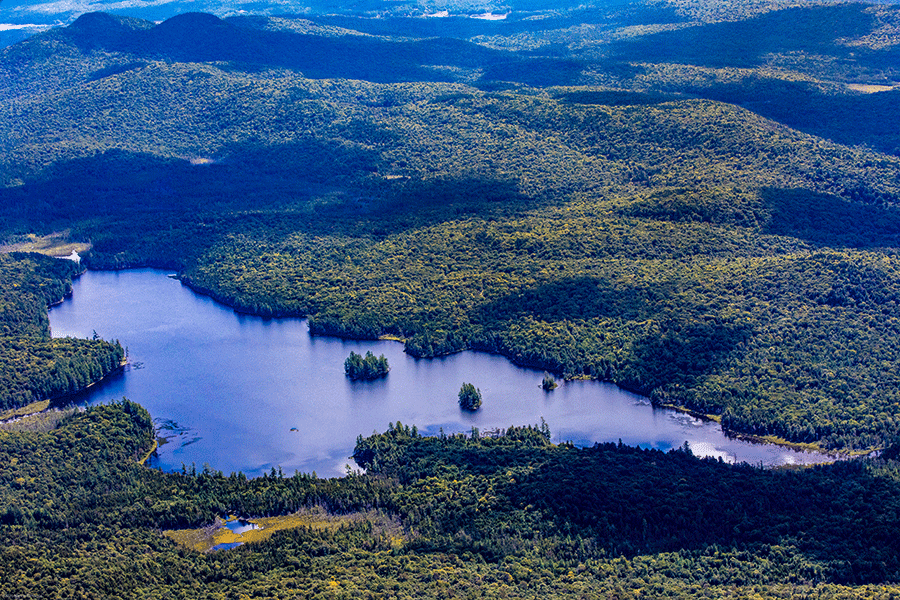 Moose Pond is a beautiful and undeveloped pond in the southeast corner of the Whitney tract. This pond is noted for its islands and complex wetland systems associated with the pond. 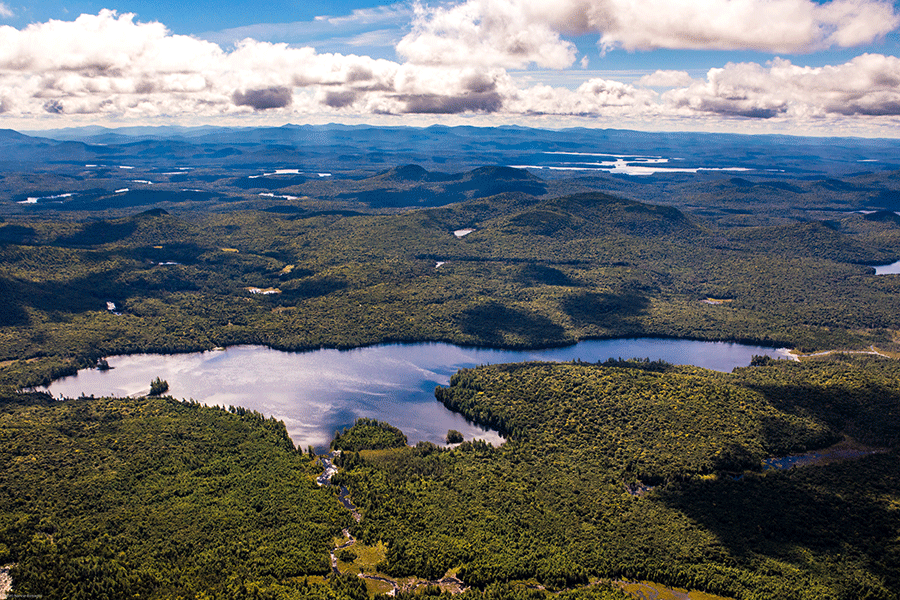 Salmon Lake, pictured above, is in many ways the crown jewel of the Whitney lands. This lake stands at the north end of the tract and borders the William C. Whitney Wilderness Lands, which are part of the public Forest Preserve. 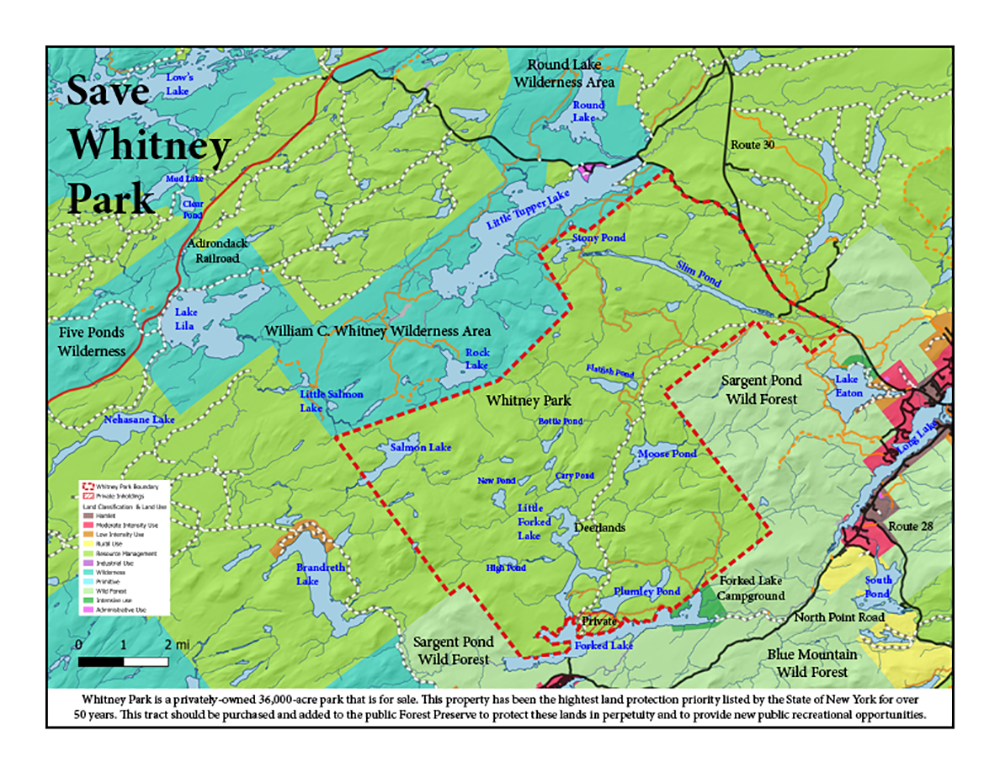