The making of the Boreas Ponds compromise

News about the state’s decision on the classification of the 21,000-acre Boreas Ponds tract, part of a larger 54,000-acre classification package released by the Adirondack Park Agency (APA), has been met with a spectrum of cheers and some jeers.

The decision is clearly a compromise, and as with any good compromise there was give and take, with things in it that people both support and oppose. As we evaluate this historic turn of events in the days before the APA takes up deliberations on February 1st and 2nd, it’s worth taking stock of the making of this compromise.

As a compromise, the proposed Boreas classification provides each side of the street, so to speak, with their most important objectives, while also forcing each side to make concessions. The most important objective from the environmental side was the classification of the Boreas Ponds as Wilderness. We wanted the highest protection that New York offers its public lands â€“ Wilderness â€“ and wanted to see the fragile and beautiful Boreas Ponds added to the High Peaks Wilderness area.

The most important objective of local government and motorized recreation groups was retention of the Gulf Brook Road. They wanted motorized access as close to the ponds as possible. They also wanted a snowmobile trail that connected North Hudson to Newcomb/Minerva, which, unless a trail was going to be built through the Hoffman Notch Wilderness area south of the Blue Ridge Highway, had to go somewhere north of the Blue Ridge Highway and involve some of the newly purchased Boreas Ponds lands.

The compromise struck classifies the absolute minimum of lands necessary to protect the Boreas Ponds. Some 11,400 acres of the Boreas tract will be Wilderness, while 9,100 acres will be Wild Forest. The compromise allows for motor vehicle access and bike riding near the ponds courtesy of an unfortunate Wild Forest corridor that juts needlessly into the Wilderness lands, modeled in part on a Lake Lila style of public access. The final details for where exactly the public will be able to drive a car or ride a bike in this corridor will be worked out in the Unit Management Plan (UMP) amendment for the area, but state leaders should share their ideas during the APA’s deliberations.

The decision is very close to what Protect the Adirondacks and The Nature Conservancy advocated. PROTECT released its position in December 2015. We did so after thoughtful deliberations because, plain and simple, we believed it was the best possible outcome with Andrew Cuomo in the governor’s office. It was a pragmatic position about what was attainable within the political constraints and realities of the Cuomo Administration, which has seriously undermined and weakened both the Department of Environmental Conservation (DEC) and APA and consolidated decision making on major Adirondack issues in the State Capital. 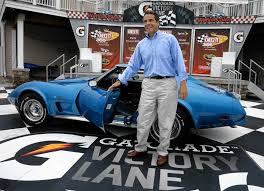 First, Governor Cuomo is overseeing the greatest expansion of motorized uses in the history of the Forest Preserve, something PROTECT has tried to aggressively fight back against in court and at the UMP level. PROTECT has done this work alone. The most vigorous advocates for Wilderness in the Adirondacks have been no-shows in the defense of the Forest Preserve against the Governor’s motorized agenda. The Governor is personally enthusiastic about motorized recreation, something he feels emotionally; just look at his snowmobile riding, his corvette, and his powerboating. When politicians actually believe something emotionally, it’s almost impossible to get them to change their mind. The Governor seeks counsel on Adirondack matters first and foremost from local government leaders. All major decisions of the APA and DEC are made by the Governor, not by independent agencies.Se

Second, Governor Cuomo is just not that into the Forest Preserve. The Governor has protected the least amount of land in the Adirondacks of New York’s last four major Governors â€“ George Pataki, 1995-2006; Mario Cuomo, 1983-1994; Hugh Carey, 1975-1982; Nelson Rockefeller, 1959-1973. (Governor Cuomo has even protected less land than David Paterson did, who bought the 95,000 acre conservation easement on the former Finch lands.) Governor Cuomo has made economic development his highest priority in the Adirondack Park and believes that the existence of the Forest Preserve must be justified primarily on economic grounds. 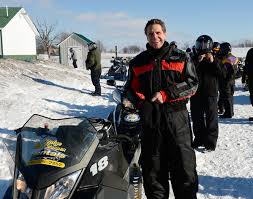 But in this case, the road to compromise was built on the ruins of bad ideas that the Governor and state agency leaders embraced and reluctantly rejected as unworkable or illegal. For Boreas Ponds, these ideas included some kind of public “hut” or glamping facilities for rent, a mini-Intensive Use area campground, mountainbikes in Wilderness, some kind of motor vehicle access to White Lily Pond, making the entire Boreas tract Wild Forest, among other things. We posted a number of articles about the state’s investigations into these bad ideas (see them here, here and here), hoping that exposure would help to beat them back.

Through many conversations with state leaders over the past year, it’s easy to see just how bad the Boreas Ponds classification could have gone. Think Wild Forest everywhere. Think of an Intensive Use area on the pond shores. Think a spidering network of Primitive Corridors for bikes or motor vehicles. Protect the Adirondacks has been outspoken about the failure of the Essex Chain Lakes classification â€” a tragic failure that has deterred public use of the area. We have asked again and again if the Cuomo Administration had learned anything from its failure with Essex Chain Lakes. We think the answer is that they have.

The result of the lessons learned by the Cuomo Administration, and hopefully lessons that will stay learned, is that the Boreas Ponds classification is largely a clean classification. While many are disappointed about where Wilderness-Wild Forest boundary line is drawn, it’s important to note that the proposed classification is not a jigsaw puzzle of classifications like the Essex Chain Lakes area. Wilderness lands are Wilderness and Wild Forest lands are Wild Forest. The state is only playing games in one spot with the Wild Forest corridor created solely to provide motorized access far too close to the ponds and in the process violating the meaning of a Wild Forest corridor in the Adirondack Park State Land Master Plan. Beyond this issue, it does not appear that this proposal will require any amendments to weaken the State Land Master Plan, something that was necessary to facilitate the Essex Chain Lakes classification.

This compromise also creates the opportunity to link together the Dix Mountain and High Peaks Wilderness areas into one grand 275,000-acre Wilderness area. This would give us the third largest Wilderness area east of Mississippi River, behind the Everglades in Florida and the Okefenokee Swamp in Georgia, and highlights the national importance of the Adirondack Park.

Any time land is added to the Forest Preserve the Adirondacks grows wilder. Protections under Article XIV of the State Constitution require that lands are forever kept as wild forest lands. There’s plenty of great country and wild places that never see a footprint in Wild Forest areas. In the history of the Adirondack Park, the acquisition of the Boreas Ponds and its classification as Wilderness and inclusion in the High Peaks Wilderness Area will be written as a landmark event, a feather in Governo Cuomo’ s cap, and an important link in the chain between generations that have worked to defend and protect the last great wilderness in the eastern U.S.

This decision is a net gain for the Forest Preserve, for Wilderness, and for the Adirondack Park. Over the next several decades, the trees along the Boreas Pond shorelines will grow taller and bigger. The hillsides and mountainsides will see the forest canopy expand and thicken like clasped fingers.

Yes, there will be public parking a short distance away. Yes, in the winter some snowmobiler may even leave the Gulf Brook Road and drive around gates or bomb up LeBiere Flow to do a victory loop on the frozen surface of Boreas Ponds, similar to lone snowmobile tracks I’ve seen on the frozen surfaces of Lake Lila and Little Tupper Lake over the years, but each year through the state’s wilderness management, wild nature will reclaim the forests throughout the 11,400 acres around Boreas Ponds, eat away the dozens of miles of roads, overgrow the log landings, bury the culverts, and slowly transform the area and remake a wild landscape where natural processes dominate unimpeded and untrammeled by humans.