The problem with buildings on the Forest Preserve, part 1

The pressure by local governments and historic preservation groups on the state to keep the inner Gooley Club buildings shows some of the challenges the state has had in organizing a coherent management program for buildings on the Forest Preserve. This is not a new issue. It’s been a struggle for decades. Different administrations have dealt with the issue in different ways over the decades; some making ad hoc choices with long-term implications for Forest Preserve law and policy and others trying to sort out durable long-term solutions. 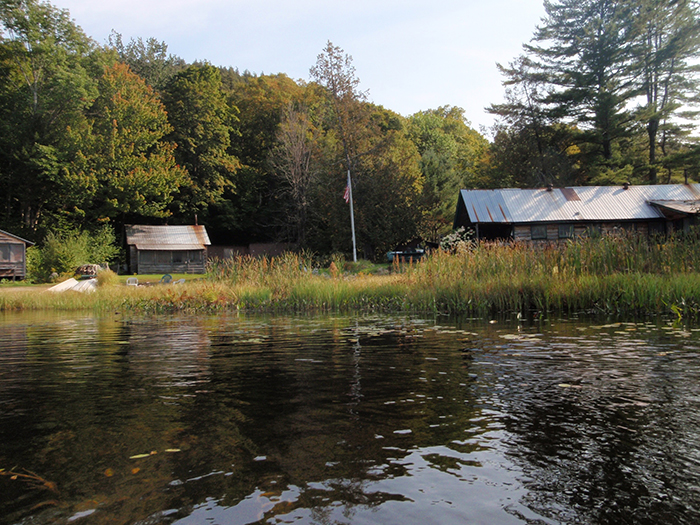 A picture of some of the buildings of the inner Gooley Club compound, more than a dozen buildings on Third Lake of the Essex Chain Lakes.

The root of the matter with buildings on the Forest Preserve is the State Constitution. Article XIV, Section 1, the famed forever wild provision, of the NYS Constitution states: “The lands of the state, now owned or hereafter acquired, constituting the forest preserve as now fixed by law, shall be forever kept as wild forest lands. They shall not be leased, sold or exchanged, or be taken by any corporation, public or private, nor shall the timber thereon be sold, removed or destroyed.” If Forest Preserve lands are to be managed as forever wild, how can buildings be allowed?

The Pataki Administration, which purchased nearly 120,000 acres of new lands for the Forest Preserve, far more than Governor Andrew Cuomo, worked to prevent problems with buildings on the Forest Preserve by removing them before the final purchases of Little Tupper Lake, where Camp Bliss at the far west end of the lake was taken down. Camps and clubhouses were also removed prior to final state purchases of Clear Pond, Bog Lake, and Round Lake. If buildings were not removed, such as the Whitney Headquarters complex at Little Tupper Lake, the Pataki Administration made sure that their use conformed to the Master Plan. The Whitney Headquarters complex is classified as State Administrative and houses seasonal staff that works on Forest Preserve management projects.

The Pataki Administration also was not above playing games. It agreed, as part of the Henderson Lake purchase and eventual Wilderness classification, to retain the log cabin at Preston Ponds as a private inholding after pressure to keep it from the Town of Newcomb. It’s been nearly 10 years since this agreement was reached and there is still no discernible purpose to keeping that cabin.

The Cuomo Administration has played it both ways. They did assent to the removal of the Finch corporate retreat complex that overlooked Boreas Ponds. All these buildings all gone, for which we’re grateful to The Nature Conservancy, and their removal was one factor that allowed for a Wilderness classification for the Boreas Ponds. But the Cuomo Administration has retained the farmhouse on the Chain Lakes Road, known as the outer Gooley Club, and the cabin at the 4 Corners on the Boreas tract. The Cuomo Administration has not announced plans for how these building will be used or committed any funding for their upkeep. These buildings could be managed as interior outposts/caretakers cabins, which in the case of the farmhouse on the Chain Lakes Road would be kind of weird given that the public can drive to its front door. Or, these buildings could be Historic areas and managed for public use as some form of living museum, like Great Camp Santanoni. 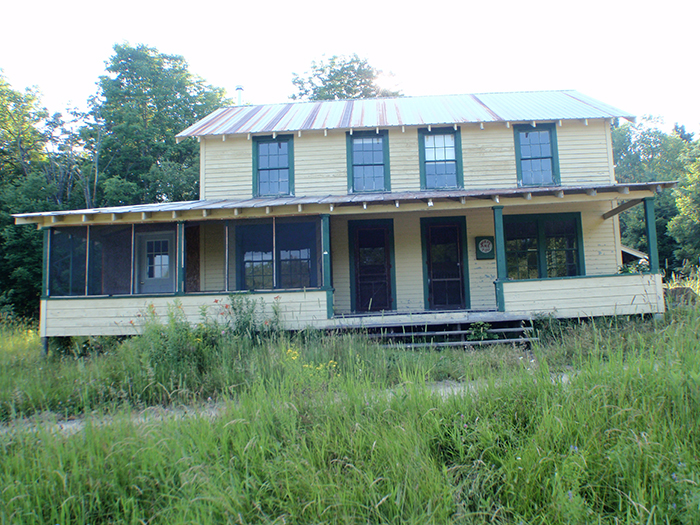 A picture of the “farmhouse” that overlooks the Hudson River, which was part of the Essex Chain Lakes purchase by the State of New York in 2012. The state has decided to retain this building, but has not stated what purpose it will serve. The farmhouse is part of the Blue Mountain Wild Forest area.

Today, the state manages a small number of state administrative buildings on the Forest Preserve, such as the caretakers cabins at Lake Colden, Marcy Dam, Raquette Falls and Wakely Dam. The state also manages a complex of buildings at the Whitney Headquarters on Little Tupper Lake in an area classified as State Administrative.

The Master Plan provides clear direction on the question of new structures of the Forest Preserve:

These definitions make it clear that the only time that buildings are allowable on the Forest Preserve is if they are used for state administrative purposes and used by administrative personnel.

The Cuomo Administration has chosen to complicate this already complicated issue by retaining on the Forest Preserve the two new buildings mentioned above without specifying their purposes. The state says it will resolve issues around the use of these buildings as part of upcoming Unit Management Plan amendments. The farmhouse on the Chain Lakes Road is in the Blue Mountain Wild Forest. The cabin at the 4 Corners, a mile or so from the Boreas Pond, is in the Vanderwhacker Wild Forest area. 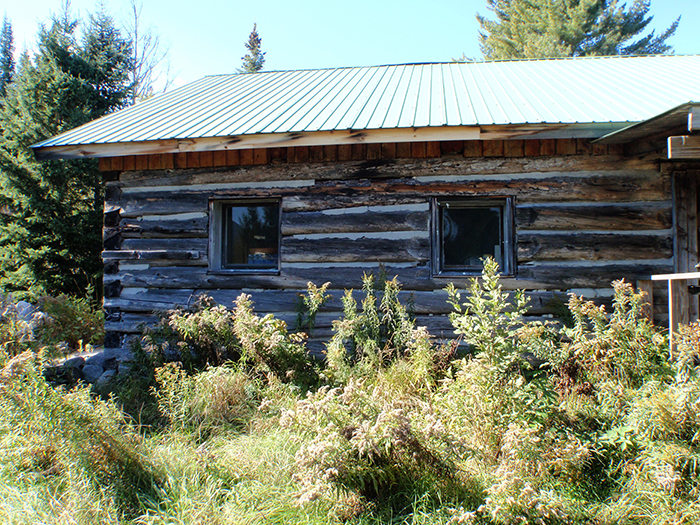 The cabin at the 4 Corners on the Boreas Ponds tract. The state has determined to retain this building though it has stated no purpose for it. The cabin is part of the Vanderwhacker Mountain Wild Forest area.

What the state has not said anything about is the cost of maintaining these buildings. This is a time of limited funds for Forest Preserve management by the Department of Environmental Conservation (DEC). It faces an enormous backlog of management and stewardship projects throughout the Forest Preserve. The most highly used part of the Forest Preserve, the High Peaks Wilderness Area, suffers from chronic under-investment.

Years ago when I advocated legislation around roadside buffers to protect highway corridors in the Adirondacks and use of earth tone colors on houses in scenic vista areas, a friend cautioned about the underlying message. She saw in these actions a consequence where some residents of the Adirondack Park would react with feelings that we were trying to make them invisible and that the merits of the arguments would be lost. The issue about preserving buildings on the Forest Preserve is caught in these same cultural tripwires.

The relationship between the built environment, where buildings and communities hold local cultural traditions and values, and the Forest Preserve, where the grand expanses of wildlands hold environmental traditions and values, has been a balancing act in the Adirondack Park. In many ways, life on this fault line is what the Adirondack Park is all about. The checkerboard mix of public and private lands, Wilderness intermixed with developed and populated communities, has created a political dynamic where things like taking down buildings that serve no real purpose for Forest Preserve management, or educating the public about the cultural history of the Adirondacks, has become a political impossibility.