The Adirondack Park Agency (APA) was rocked last week with the sudden resignation of Chad Dawson, who served as one of three APA Board members from outside the Adirondack Park Blue Line. Dawson is a Professor Emeritus at SUNY ESF, who not literally, but actually, wrote the book on the management of Wilderness and public lands. See Wilderness Management: Stewardship and Protection of Resources and Values (4th edition). Though Dawson was an authority on public lands management and is recognized widely across the U.S. as an expert, few at the APA and the Department of Environmental Conservation (DEC) would listen to him. 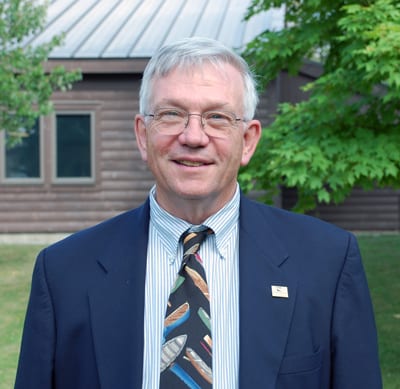 Dawson took words on paper seriously, especially the words of the APA Act and Adirondack Park State Land Master Plan. One such case was where the Master Plan calls for carrying capacity studies on public water bodies during the development of Unit Management Plans (UMPs), a clause that the DEC has long refused to acknowledge and fulfill. The APA has never tried to uphold this requirement. At deliberations over UMPs in the last four years, Dawson would point to this section of the Master Plan and he would be met with yawns from other APA Board members that the APA has never asked for these studies before, so why start now.

At the APA meeting on December 10, 2020, Dawson banged his head against the wall repeatedly. On the release of the new Debar Mountain Wild Forest UMP and reclassification proposals for the Debar Lodge tract, Dawson pushed for analysis and data to support proposals that could weaken natural resource protections for the Forest Preserve. Answers from DEC and APA staffers consisted of a smattering of personal observations. They offered no data, no analytical process. According to state law, the top priority of Forest Preserve management is natural resource protection, yet the Cuomo Administration has made Forest Preserve decisions based primarily on facilitating an array of recreational uses. Only one other Board member, Zoe Smith, spoke in support of Dawson’s line of questioning last week, where he argued for a coherent analytical process for Forest Preserve decision-making. To cap off the APA’s discussion on the Debar Mountain Wild Forest UMP, Board member Art Lussi called on the APA and DEC to once again allow the public to ride All Terrain Vehicles (ATVs) on the Forest Preserve.

Dawson’s resignation follows the resignation of Karen Feldman in 2019, who was the acting APA Chair at the time and who left after disagreements with how the Cuomo Administration was managing the agency. Feldman followed the decision of Cornell professor Richard Booth in 2016, who was a Spitzer appointee who served on the APA Board from 2007 to 2016, to step down when his term ended. These three Board members have been the only three Board members at the APA to act independently since Andrew Cuomo’s first election in 2010.

In its nearly 50-year history, the APA has never experienced this level of upheaval. Three prominent Board members have stepped down in the last four years, each of whom was distinguished by their independence, conscience, and fidelity to the law, and who each found the APA in the Andrew Cuomo years to be an inhospitable place. Two of these Board members were the most credentialed to serve during the Cuomo years, experts in their environmental fields.

Among the other two remaining outside-the-Park Board members, John Ernst from New York County, who chairs the State Lands Committee, has failed to step forward during big votes and act independently. Kenneth Lynch from Onondaga County, appointed in July, is a retired careerist at the Department of Environmental Conservation and was put on the APA in 2020 explicitly to uphold the party line. He is, in essence, a second vote for the DEC on the APA Board.

In the Andrew Cuomo years, the APA has been primarily led by the three Board members representing state agencies — the Department of Environmental Conservation, Department of State, and Empire State Development. This is a rotating cast of capable Cuomo Administration political functionaries who not only vote the party line, but lay down the party line. One hallmark of the Andrew Cuomo APA is how the trio of Board members from state agencies has actively directed the agency, with little deference to the citizen members. The weakness of the APA today is evident by the fact that the APA has no permanent Chair. There has not been a chair, acting or permanent, since Feldman’s resignation more than a year ago. Meetings have been run by Brad Austin, a political appointee at Empire State Development. Despite pushing through a full slate of APA Board members in July, the Cuomo Administration apparently sees no viable candidate on the Board to serve as Chair from among its citizen members.

Upon announcing his resignation, Dawson said “I am leaving not because I don’t care. Rather, because I’m passionate about the Park, particularly protection of the Park for future generations.” He went on: “Four and a half years ago, when I first joined this APA Board, Professor Dick Booth, who was my predecessor on this Board, predicted that one day I would realize that even though I was recruited because of my public land planning experience, the APA was too understaffed to take on any large-scale regional or Park-wide planning projects and that DEC Administration would only be interested in pushing UMPs crafted to highlight their pre-determined goals with little regard for full analysis or public comment and outside input. Well, as Dick Booth predicted, that day has come.”

In an interview with the Adirondack Explorer after he announced his resignation, Dawson said “I don’t think alternatives were fully developed and the consequences of those were fully developed. That’s been my concern all along, is how do we balance development, protection. The agency is about protection primarily, and also development where appropriate. The department tends to be more about development. Recognize my background is both in recreation management and planning, as well as preservation and protection, so I was asked to be on the board because of that, and yet I don’t think people were taking my questionings seriously about how do you balance the alternatives.”

The APA in the Andrew Cuomo years has mostly functioned as a bureau within the DEC Division of Lands and Forests. As such, it is incapable of upholding its statutory responsibilities to oversee and hold the DEC accountable for Forest Preserve management. The APA has a checks-and-balances role with the DEC for Forest Preserve management and should uphold state law and state policy even when the DEC declines to do so. Both Booth and Dawson highlighted the policy and power imbalances between the agencies, and the poor policy outcomes as a result, in their decisions to step down.

In 2016, at the time the APA approved the controversial Essex Chain Complex UMP, Dick Booth stated “For many months, the Governor and the Governor’s staff have forced the agency toward the result reached today. They have done so by rigidly controlling what analysis state agency staff was allowed to prepare and present to the agency. They have rigidly controlled what materials agency staff may prepare and present to the agency. We have not had a full and open discussion on what in fact were all the issues reflecting the action that we have taken today.”

Later in 2016, at Booth’s last meeting, he commented on actions that year by the APA to weaken the State Land Master Plan by allowing motorized uses and bicycles in Primitive Areas, which prior to that decision had been managed as Wilderness. This was the first such action in the history of the APA to weaken, not strengthen, the Master Plan. “At a minimum those decisions cast doubt on how two very important Primitive Areas will be managed in the future. They also cast doubt on how all areas of the Forest Preserve classified pursuant to the SLMP will be managed because those decisions flow from choices consciously made by state officials to ignore the Master Plan’s purposes and mandates. In writing this memo, I have assumed that those recent Agency decisions were clearly in error and that at some time in the future those errors may be corrected.” We can only hope.

Independent voices with independent expertise are badly needed at the APA. Right now, it’s a Team Cuomo chorus. There’s little likelihood that things will get better. The response from the Cuomo Administration to Dawson’s resignation is worthy of Kellyanne Conway or Kayleigh McEnany. Dawson’s resignation was met by the Cuomo Administration with a jab and recitation of alternative facts. As reported in the Adirondack Daily Enterprise: “While Chad Dawson’s comments are disappointing and contrary to the facts, we’d like to thank him for his service to the board and his dedication to the Adirondack Park Agency. DEC subjects every proposal and plan to a painstaking review and conducts extensive public outreach to solicit input and comments from the community in order to continue our work of protecting the Adirondack Park, its natural resources, and its people. DEC looks forward to continuing to work with our fellow board members on the ongoing important initiatives for the protection and enhancement of the Adirondacks.”

The APA’s role is a difficult one where its statute calls for conservation and development to be balanced in a landscape that has been contested, as our preeminent historian tells us, for more than 150 years. For the APA’s first 25 years, it was primarily run by environmentalists. For the last 25 years it’s been run by the business community and local government interests. The differences are stark. Historically, major changes, major moments, and major events in the Adirondack Park have been at the hand of the Governor. Because of the APA’s regional zoning plan and because of the extensive public ownership of Forest Preserve and conservation easements, state agencies play an outsized role in the Adirondack Park and Adirondack communities. And, the reality is, that state agencies in New York are managed almost exclusively by the Governor with limited public oversight.

In the Adirondacks Park, the Andrew Cuomo years have been marked by missed opportunities, poor long-term investments, and by poor natural resource management by our state environmental agencies. Recent events at the APA are the logical outcome of the Governor’s poor management of state agencies. The Adirondack Park deserves better and it’s never too late to change.