Thoughts on 50 Years of Forest Preserve Purchases and Classifications 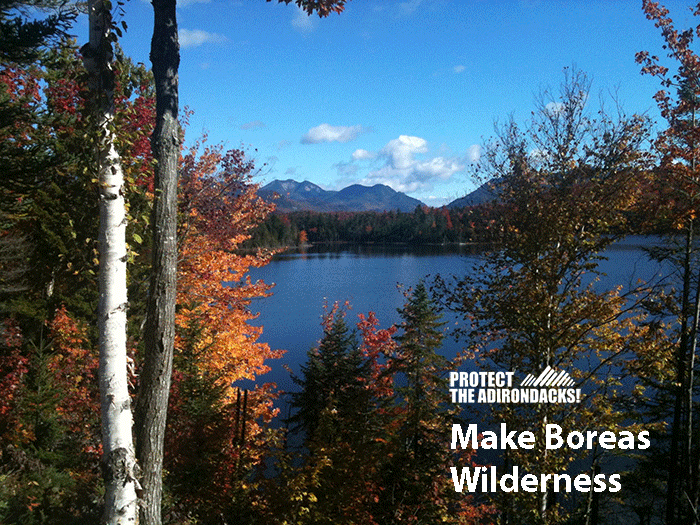 The Temporary Study Commission followed on the work of the longstanding “Pomeroy Committee” or Joint Legislative Committee on Natural Resources, as well as the Conservation Department, precursor to the DEC, who all had variously called for a formal Wilderness system for the Forest Preserve in the 1950s and 1960s. Many others had called for Wilderness areas in the Adirondacks prior to the 1960s, echoing the larger national movement that saw passage of the National Wilderness Act in 1964. The Study Commission reports, using work developed by the Joint Legislative Committee, provided the architecture for the Adirondack Park State Land Master Plan and established the Forest Preserve classification system we all know today. It’s interesting to read the descriptions of different Forest Preserve units and the Temporary Study Commission’s ideas about the classification system that came to be.

In 1970, the Temporary Study Commission reported that the Adirondack Forest Preserve totaled 2,245,760 acres, divided between Wilderness/Primitive (1,072,900) and Wild Forest (1,165,000). (Another 7,860 was recommended for classification as Intensive Use and State Administrative, but no breakdowns were provided.) The Study Commission acreage is similar to numbers supplied by Norman Van Valkenburgh in 1968 in his history, The Adirondack Forest Preserve (1979), of 2,244,828 acres.

The APA website states that in 2017 the Forest Preserve had grown to 2,595,689 acres (which includes the acreage for the lands classified in February 2018, though they are listed as “pending”). That would put the growth of the Adirondack Forest Preserve at 349,929 acres. Unfortunately, the way in which Forest Preserve acreage is calculated has changed over the years. Certainly, mapping technology has greatly improved in accuracy in the last 50 years, but other factors make comparisons over time an inexact science; for example, whether or not surface water area is included in acreage numbers.

Given that these numbers are close, though rough estimates, it seems safe to say that the Forest Preserve has grown by around 350,000 acres in the last 50 years, to 2,595,689 acres. After the February classifications, Wilderness/Canoe/Primitive lands now stand at around 1,242,000 acres and Wild Forest stands at 1,324,000 acres. The remaining balance is made up of Intensive Use, Historic and State Administrative areas.

The February decisions marked the completion of the classification process by the APA-DEC for the entire 69,000 acres of former Finch, Pruyn & Company lands purchased by Governor Cuomo from The Nature Conservancy starting in 2012, along with a few thousand acres of other lands. The result was roughly 26,000 acres for Wilderness, 11,000 acres for Primitive and 35,000 acres for Wild Forest. Two new Primitive Areas were created â€“ the Pine Lake and Essex Chain Lakes areas â€“ and the new Hudson Gorge Wilderness was created, mostly from upgraded Primitive lands, and now totals 23,494 acres. The score will change a bit in the next year when 953 acres of Primitive lands on the east side of the Hudson River will be added to the Hudson Gorge Wilderness area.

Over the past 50 years, growth in Wilderness, et al., lands has been around 168,000 acres and Wild Forest has grown by around 159,000 acres. The Forest Preserve has seen around a 16% growth in 50 years, representing a shift of about 6% of the whole Park. This 350,000 acre growth in Forest Preserve in these years was accompanied by state purchase of over 750,000 acres in conservation easement lands. Combined, that’s a shift of nearly 20% of all the Park’s lands and represents some 56% of the Park’s 6 million acres, of which a fair chunk is open water.

One lesson of the last 50 years is just how hard it is for new Forest Preserve lands to be classified as Wilderness. In their February decisions, the APA-DEC added nearly 25,000 acres to the High Peaks Wilderness Area with the classifications of the MacIntyre East and West tracts, Boreas Ponds, and Casey Brook. Another 1,300 acres was added to the Hudson Gorge, Silver Lake, Blue Ridge, Hurricane Mountain and West Canada Lake Wilderness areas. The 25,000 acres of new Wilderness created in February represents nearly 15% of total new Wilderness, et al, lands created over the last 50 years in the Adirondack Park.

Many see the February 2nd decisions by the APA-DEC as a profound missed opportunity, or even a pernicious sell-out. Others see it a great taking and locking away of a beautiful public area for the hearty few at the expense of the many. Protect the Adirondacks saw it as a worthy compromise, which moved over 25,000 and all of Boreas Ponds to Wilderness. These arguments have coursed through Adirondack history. One way that we evaluate Park management decisions is on whether or not they advance environmental protections for the Adirondack Park. That’s the goal. The list of environmental victories in the Adirondacks is long and has created the Adirondack Park that we all are blessed to know, experience, and enjoy today. The Boreas Ponds classification decision, however imperfect, advanced environmental protections for the Adirondack Park and is consistent with the grand sweep of history for Forest Preserve acquisitions and classifications.