Time for NYS Department of Environmental Conservation, Adirondack Park Agency, and Cuomo Administration to Get on the Right Side of Forever Wild

The forever wild protection of the public Forest Preserve, enshrined in the New York State Constitution since 1894, was affirmed this week. In a historic, landmark decision, the New York Court of Appeals ruled in favor of Protect the Adirondacks that cutting over 25,000 trees and clearing over 27 acres of forest land on the Forest Preserve in the Adirondacks, to build 27 miles of wide snowmobile trails known as “Class II Community Connector” trails, violated the Constitution. The Court ruled against the Department of Environmental Conservation (DEC) and Adirondack Park Agency (APA), which had approved plans to build hundreds of miles of wide Class II trails in the Forest Preserve. The decision was the second major Forest Preserve decision in New York’s history, lining up with the seminal case from 1930.

Article 14, Section 1 of the Constitution, the famed “forever wild clause”, safeguards the 3-million acre Forest Preserve in the Adirondacks and Catskills. In every way, these are the People’s lands. They belong to everybody and are open to everybody. The clause states that the Forest Preserve “shall be forever kept as wild forest lands. They shall not be leased, sold or exchanged, or be taken by any corporation, public or private, nor shall the timber thereon be sold, removed or destroyed.” Not a single word of it has changed in over 125 years. 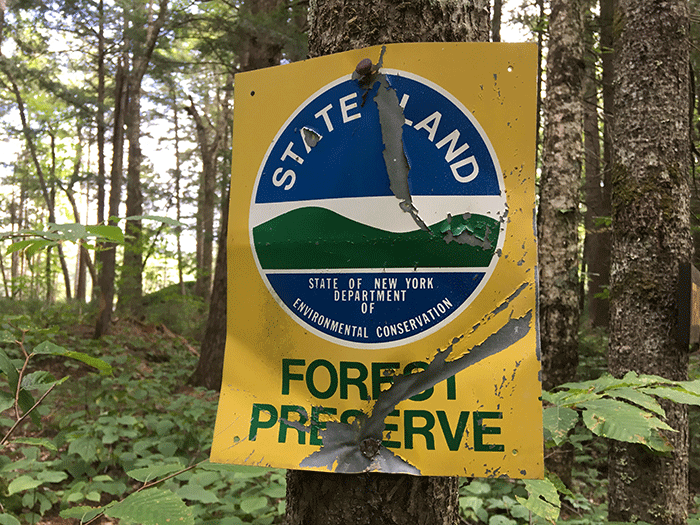 The public Forest Preserve is protected under Article 14, Section 1, of the New York State Constitution

This is a covenant between the People and the State. It was included in the Constitution because its framers believed that, due to a history of undue outside influence and corruption, neither the governor, legislators, or state agencies such as DEC’s predecessors, could be trusted with the power to make major changes to the Forest Preserve. That power is reserved for the People. Article 14 has been amended dozens of times to authorize specific actions, but the final step has always been a vote by the People.

The forever wild clause has been quoted by generations of hikers, state officials, environmental organizations, and others who have celebrated this hallowed protection that is held up as a model for environmental protection around the world.

This decision by the state’s top court was a long time coming. Protect the Adirondacks, started the lawsuit in 2013 after surveying the damage done by construction of the state’s first Class II trail in the Moose River Plains. What we found shocked us. In many years of monitoring Forest Preserve use and trail conditions, Protect the Adirondacks had encountered anything like the mess made during construction of this new type of trail.

The DEC and APA approved dozens of new Class II trails in recent years. The Class II snowmobile trail is a fundamentally different kind of “trail” in the Forest Preserve. Over 27 miles, DEC cut nearly 1,000 trees per mile, measured at a width of 1” diameter at breast height (DBH) or greater. They are designed to be 9-12 feet wide, but are often wider on slopes and turns. They require extensive “bench cutting” where cleared widths can reach 20 feet. The trail surface is graded with heavy machinery, removing rocks and roots so that the trail surface is uniform and flat. At the end, they are often planted with grass, becoming long grassy corridors discordantly cut through intact forestlands.

We’ve heard a lot of handwringing that somehow this ruling will prevent hiking trail construction or maintenance. Those wringing their hands are either under the impression that somehow they need to cut down 1,000 or so trees per mile 1” DBH or bigger to build or maintain a hiking trail, or they are simply attempting to mislead the public.

Class II trails are nothing like hiking trails. For example, 13 trees were cut to build the popular new 1-mile-long Coney Mountain Trail south of Tupper Lake. The new 1.3-mile Goodman Mountain trail had 63 trees cut. Under the Court’s decision, this type of trail can continue to be built and maintained. There are simply no hiking trails that require cutting hundreds of trees per mile. No hiking trails require the massive terrain alterations required to build Class II trails, or are constructed with multi-ton excavators. 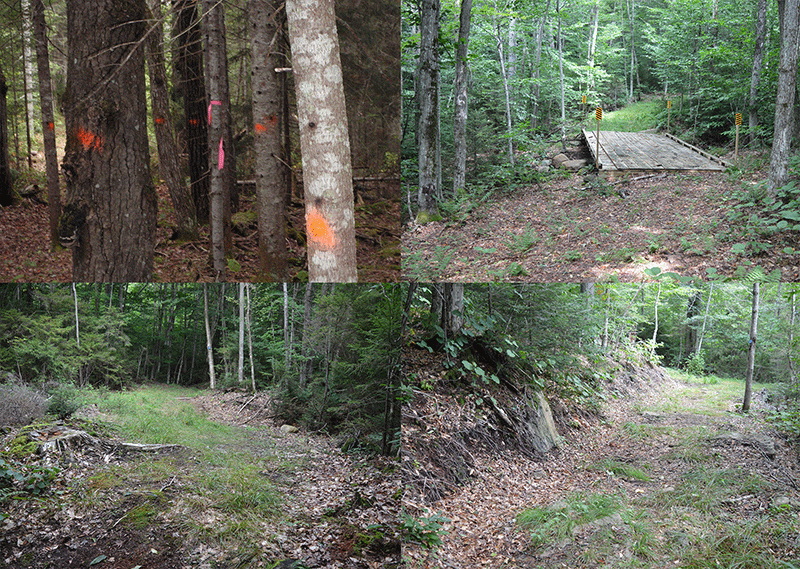 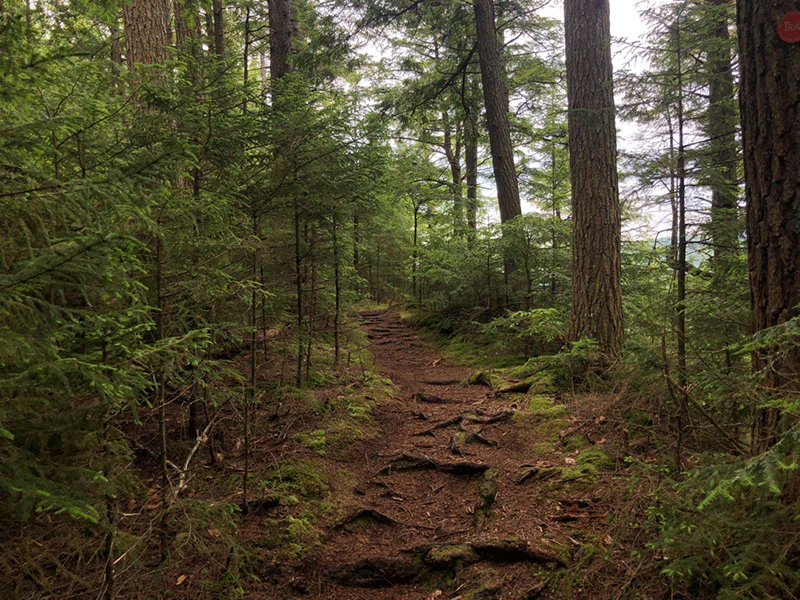 A hiking trail, such as the Watch Hill Trail above, is vastly different in many ways from a Class II trail.

The state’s highest court also affirmed that Article 14, Section 1, the famed forever wild clause, was designed to protect all trees, not just some trees. The decision affirmed that cutting down hundreds of trees per mile at the size of 1 inch diameter at breast height (DBH) or greater violated Article 14. All trees in the Forest Preserve that make up the whole forest are protected under the constitution not just large merchantable “timber” of high commercial value. This is important guidance for the Cuomo Administration and the DEC and APA going forward. The state’s highest court also upheld longstanding precedents that trees can be cut down on the Forest Preserve for a variety of recreational purposes as long as cutting is neither material or substantial.

For 10 years in the Adirondacks, Governor Cuomo has stretched a series of longstanding environmental policies, regulations, and laws to the breaking point. This week everything changed. The Court’s decision rang out as a searing vote of no confidence in DEC’s management of the Forest Preserve.

What does it mean when New York’s Governor violates the State’s Constitution? What does it mean when the state’s two leading environmental agencies are found to have violated the State Constitution? The Cuomo Administration pushed the DEC to violate Article 14, Section 1, the famed forever wild clause of the State Constitution. Basil Seggos and Joe Martens will go down as the first, and hopefully only, DEC Commissioners to violate the forever wild clause. This is a sad state of affairs for New York’s top environmental agency.

Critical reforms are needed in the months ahead. The DEC and APA need to amend and revise key Forest Preserve management policies and regulations. A number of Unit Management Plans need to be revised and updated. Both agencies have big jobs ahead of them to get back on the right side of forever wild.

A related piece was published by The Albany Times Union on May 8, 2021.

Another piece was published by the Adirondack Daily Enterprise on May 12, 2021.