Vote for Ballot Proposal 2 for the Constitutional Amendment for the right to clean air, clean water, and a healthful environment

Vote on November 2, 2021 for Ballot Proposal 2 for the Constitutional Amendment for the right to clean air, clean water, and a healthful environment

The purpose of Proposal 2 is to protect public health and the environment by adding a new constitutional right of each person in New York to clean air and water and a healthful environment to the Bill of Rights in Article I of the New York Constitution. Proposal 2 is often called “the Green Amendment.”

Ballot Proposal 2: An amendment for the Right to Clean Air, Clean Water, and a Healthful Environment

The purpose of Proposal 2 on the ballot today in New York is to protect public health and the environment by adding a new constitutional right for New Yorkers to clean air and water and a healthful environment to the Bill of Rights in Article I of the New York Constitution. Proposal 2 is often called “the Green Amendment.”

Today, on Election Day, New Yorkers will go out an vote, and they have the opportunity to support Proposal 2 on the state ballot.

The proposed new constitutional  amendment seeks to create a new Article 1, for the right to clean air and water and a healthful environment. Here’s the how the new section will read:

§ 2. Environmental rights. Each person shall have the right to a clean air and water, and a healthful environment.

This amendment will enshrine environmental protections as a new and vital part in New York’s bill of rights. By doing so it shows that every New York, regardless of who they are or where they live, has the right to a clean and healthy environment. This is an important, and very basic, statement that deserves inclusion in the State Constitution. This right, like our right to a quality public education, will help to empower New Yorkers and hold the powerful in this state accountable.

For those of us who want to see stronger environmental protections in New York State and a stronger plan and commitment to combat climate change, this amendment is an important building block. 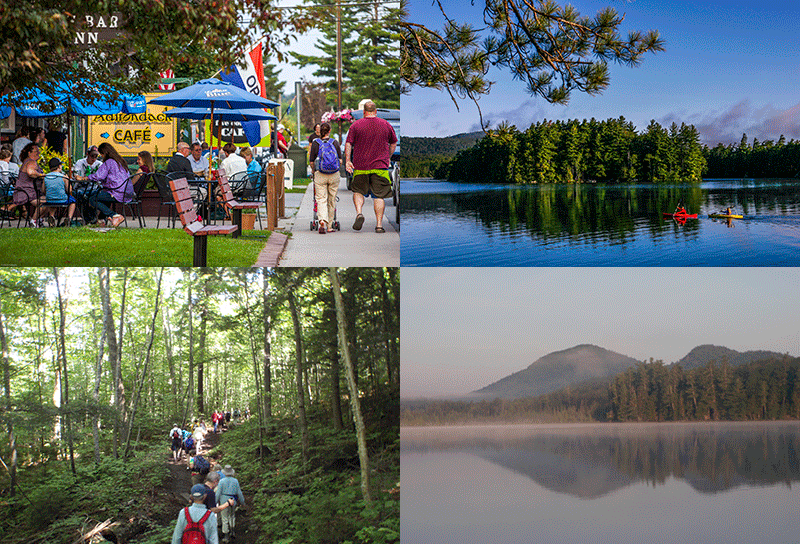 Broad support from across New York

State Sen. Robert Jackson sponsored the proposal in the Senate. He said, “This language will finally put in place safeguards that require the government to consider the environment and our relationship to the Earth in decision making. If the government fails in that responsibility, New Yorkers will finally have the right to take legal action for a clean environment because it will be in the State Constitution.”

“This is something that should be a part of being a citizen of this great state, to know that you can grow up, raise a family, and pass on to the next generation a clean and healthful environment. It is simple. This proposal is based on the premise that these rights are fundamental, and that should be reflected in the state’s Constitution. I wish to thank Senator Carlucci for his work in getting this important bill passed,”said Assemblyman Steve Englebright, from Suffolk County, who chairs the Assembly’s Environmental Conservation Committee, spearheaded this group in the Assembly.

“All New Yorkers deserve access to clean drinking water, clean air, and a healthy environment,” said Mario Cilento, President of New York State AFL-CIO. “That is why we are strongly encouraging union members across the state to approve this constitutional amendment in November. This amendment will not only protect our environment by promoting investment in our water infrastructure and new energy technologies, but it will also create solid middle-class jobs in the process.”

Having the right to a healthy environment in the state constitution could also “course correct” the history of putting polluting industries near or in disadvantaged communities, argued Eddie Bautista, executive director of the New York City Environmental Justice Alliance. “Enshrining a right to clean air and clean water into our state constitution will help empower those who suffer the effects of pollution,” said Bautista.

Senator Todd Kaminsky, Chair of the Senate Environmental Conservation Committee said, “Each and every resident of our State – no matter their income or zip code – deserves clean air and water. This bill will enshrine this self-evident truth in our State Constitution, and I look forward to seeing New Yorkers overwhelmingly approve it on the ballot this fall.

Senator Rachel May, Chair of Committee on Aging, Chair of Legislative Commission on Rural Resources, 53rd District (D-Onondaga, Madison, Oneida) said, “For too long we have treated clean air and clean water as privileges that have been denied to many, including those in poverty and in communities of color. My district lies in the ancestral lands of the Haudenosaunee Confederacy which, as a governmental system, holds a worldview whose underpinning is the very concept we voted on today – that clean air and water are fundamental rights and we therefore bear the duty of caring for our natural resources not just for ourselves but for future generations. I am very proud to see our laws in New York move closer to that world view with the passage of the Green Amendment bill today.”

Senator José Serrano, Chair of Majority Conference and Chair of Committee on Cultural Affairs, Tourism, Parks & Recreation said, “Every community deserves the right to clean water, land, and air, and I am heartened that today we voted to correct the omission of this most basic right in our State Constitution. As the current pandemic has shown, high environmental risk factors, like those in the communities I represent, can lead to devastating and wide-reaching health disparities. I look forward to New Yorkers voting on this issue in November, and to a cleaner, healthier New York.”

Proposal 2 will strengthen other clauses and sections in the New York Constitutions. One of the earliest constitutional protections for the environment was in New York in 1894, when the Constitutional Convention approved Article 14, Section 1 that “[t]he lands of the state, now owned or hereafter acquired, constituting the forest preserve as now fixed by law, shall be forever kept as wild forest lands.” Known as the famed “forever wild” clause, this clause is recognized for providing broad protections for the public Forest Preserve.

Article 14, Section 4, states, in part: “The policy of the state shall be to conserve and protect its natural resources and scenic beauty and encourage the development and improvement of its agricultural lands for the production of food and other agricultural products. The legislature, in implementing this policy, shall include adequate provision for the abatement of air and water pollution and of excessive and unnecessary noise, the protection of agricultural lands, wetlands and shorelines, and the development and regulation of water resources.” Article 14, Section 4, also allows private parties to bring citizen suits to enforce these constitutional provisions (which Protect the Adirondacks successfully did). Article 14, Section 5 states that: “A violation of any of the provisions of this article may be restrained at the suit of the people or, with the consent of the supreme court in appellate division, on notice to the attorney general at the suit of any citizen.”

Other Ballot Questions on the November 2nd Ballot

There are five proposals on the 2021 ballot in New York. Click here for more information.

FORM OF SUBMISSION OF PROPOSAL NUMBER ONE, AN AMENDMENT
Amending the Apportionment and Redistricting Process

This proposed constitutional amendment would freeze the number of state senators at 63, amend the process for the counting of the state’s population, delete certain provisions that violate the United States Constitution, repeal and amend certain requirements for the appointment of the co-executive directors of the redistricting commission and amend the manner of drawing district lines for congressional and state legislative offices. Shall the proposed amendment be approved?

ABSTRACT OF PROPOSAL NUMBER ONE, AN AMENDMENT
Amending the Apportionment and Redistricting Process

The purpose of this proposal is to amend the portions of Article III of the New York Constitution that relate to the way district lines for congressional and state legislative offices are determined.
The proposal would do the following:

FORM OF SUBMISSION OF PROPOSAL NUMBER TWO, AN AMENDMENT
Right to Clean Air, Clean Water, and a Healthful Environment

The purpose of this proposal is to protect public health and the environment by adding the right of each person to clean air and water and a healthful environment to the Bill of Rights in Article I of the New York Constitution.

Section 5 of Article II of the New York Constitution now requires that a citizen be registered to vote at least ten days before an election. The proposed amendment would delete that requirement. If this amendment is adopted, the Legislature will be authorized to enact laws permitting a citizen to register to vote less than ten days before the election.

The purpose of this proposal is to eliminate the requirement that a voter provide a reason for voting by absentee ballot. The proposed amendment would do so by deleting the requirement currently in the Constitution that restricts absentee voting to people under one of two specific circumstances: (1) those who expect to be absent from the county of their residence, or from New York City for residents of that city, on Election Day, and (2) those who are unable to appear at their polling place because of illness or physical disability.

FORM OF SUBMISSION OF PROPOSAL NUMBER FIVE, AN AMENDMENT
Increasing the Jurisdiction of the New York City Civil Court