With more than 50 oil tanker railcars stored in the Adirondacks indefinitely there is still no action from the Department of Environmental Conservation and Adirondack Park Agency, despite Governor’s Opposition to Railcar Storage 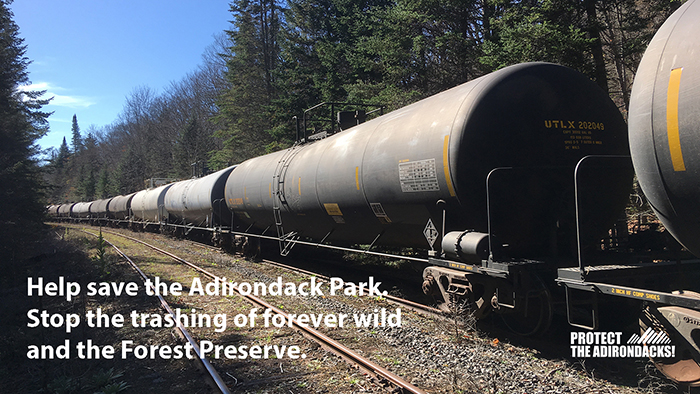 As darkness fell on October 30th, 25 more used out-of-service oil tanker railcars were brought through North River, alongside the Hudson River in the Town of Johnsburg, Warren County en route to little used railroad track in Essex County. This is the second shipment of out-of-service oil tanker cars delivered to the Adirondack Park. More than 50 used oil tanker rail cars have now been brought into the Adirondack Park for indefinite storage by Iowa Pacific Holdings. These cars will all be stored on the Sanford Lake Railway in the Town of Minerva, Essex County.

Despite strongly statements of opposition to this activity by Governor Andrew Cuomo, neither the Adirondack Park Agency or Department of Environmental Conservation have acted to stop storage of out-of-service oil tanker rail cars in the Adirondack Park on rail lines that traverse the Forest Preserve. Last week, Governor Cuomo said: “It is unsightly, it is out of character with the Adirondacks, nobody goes to the Adirondacks to look at old trains, they go there to look at the natural beauty. We don’t own the tracks, there is a question as to what legal right we have to oppose it but we oppose it 100% and we are going to do everything we can do to stop the owner from storing the trains on those tracks.”

“It appears that Iowa Pacific will continue to bring in more use oil tanker railcars until the state steps in and halts this activity. There are now more than 50 oil tankers railcars stored in the Adirondacks. The company says they are here indefinitely. How many will it take for the state to act? 100? 200? 500? It’s high time for the Department of Environmental Conservation and Adirondack Park Agency to assert their authority and stop this ill advised plan that undermines everything that the Adirondack Park is all about,” said Peter Bauer, executive director of Protect the Adirondacks. 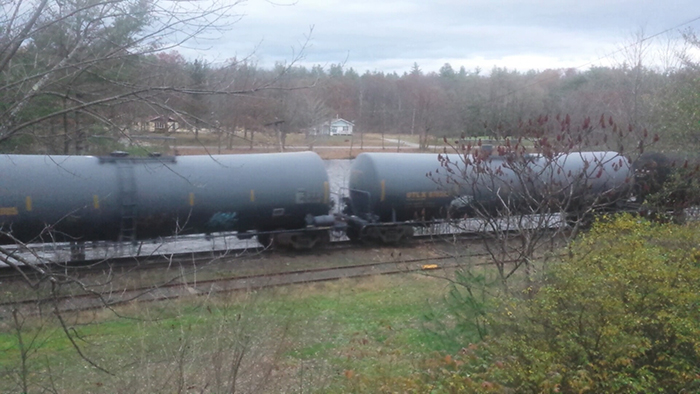 The 25 newly transported oil tanker railcars will fill up the limited .9-mile length of siding track along the Boreas River where 28 oil tanker cars were transported two weeks ago. With the siding track filled up, Iowa Pacific will have to start using sections of the main track to store rail cars.

“We run the risk of seeing Iowa Pacific create a 25-mile-long junkyard through the central Adirondack Park. This reckless and damaging plan must be stopped,” said Peter Bauer.

Iowa Pacific Holdings, based in Chicago, operates the Saratoga and North Creek Railway. It also owns several other small boutique rail lines around the country and has recently used many miles of these railroads to store out-of-service rail cars. Iowa Pacific leases the rail line in Saratoga County from the Town of Corinth and the line in Warren County from Warren County. These contracts prohibit storing rail cars on these lines, though 22 boxcars have been stored next to the Hudson River, outside of North Creek, for more than a year. Iowa Pacific owns the Sanford Lake Railway in Hamilton and Essex Counties, which connects to the Warren County line in North Creek. The company brought in 28 oil tanker cars for storage on the Sanford Lake Railway in mid-October and has stated it could store over 2,000 rail cars on the roughly 29 miles of track from North Creek to the Tahawus Mine in Newcomb.