Lake George needs action by Governor Cuomo and the Department of Environmental Conservation (DEC) to save the lake and local economy. While local government officials, environmental groups and businesses all around Lake George are calling for swift action by the state to help create a Lake Tahoe-style mandatory boat inspection and decontamination program to stop the spread of aquatic invasive species (AIS), the Governor and DEC have responded with baby steps of action.

PROTECT published a op-ed in the Times Union that is similar to this post. That was in response to a letter from Lake George Park Commission Executive Director Dave Wick and DEC Commissioner Joe Martens applauding the state’s go-slow approach as “vigorous.” The Lake George community rallied with a response calling the state’s bluff.

In his State of the State speech in January, Governor Andrew Cuomo proposed a raft race among his staff and legislative leaders through the whitewaters of the Hudson River Gorge in the Adirondack Park. We have a better idea. The Governor and legislative leaders should come to Lake George in the spring and have a contest where they work battling aquatic invasive species.

The Governor and leaders could see who could pull out more 100-foot mats from the beaches of Lake George that are being used to smother the invasive Asian clam (Corbicula fluminea). Or, they could see who can load more rebar or sandbags onto boats.

It’s muddy and slimy work, but necessary and important. Just like politics.

What was stunning about the Governor’s State of the State speech was how out of touch it was with the reality of what’s happening in Lake George right now.

Lake George is currently experiencing the worst infestation of aquatic invasive species in its history with the Asian clam outbreak. What’s worse is that the popularity of the lake makes it highly likely that the invasive plant hydrilla that has infested the Finger Lakes or the quagga mussel that has infested the Great Lakes, and dozens of other lakes in New York, could easily be transported to Lake George by visiting boats.

The Asian clam and quagga mussel have turned beautiful and blue beaches in other parts of the country into murky swamps of shells and algae. These infestations have closed beaches and make tourists stay away. We cannot let this happen to Lake George.

Asian clams have spread eastward from California where they were first documented as growing in California waters in the late 1930s. Scientists believe that Asian clams are spread primarily by being transported by boats while the clams are suspended in waters during their microscopic juvenile phase. The DEC scientists believe that the Asian clam is spread by other means, but they have not informed the public about their findings.

The map above shows the inexorable spread of Asian clams west to east and into the northeast U.S.

Local government leaders, businesses, and environmental organizations around Lake George have all united to support a program for mandatory boat inspections and decontamination to prevent more infestations. They want this program to start in 2013.

Governor Cuomo and the Commissioner of the Department of Environmental Conservation Joe Martens are blocking enactment of this program this year. They believe that a mandatory boat inspection program should be evaluated and studied.

This makes no sense when one looks at the environmental health of Lake George, one of the most beautiful lakes in the world, and one prized for its water quality. 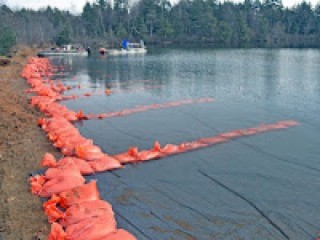 Lake George is the single biggest economic asset in the greater Warren County area. The lake sponsors thousands of jobs. It’s a tourist mecca for people from downstate and beyond. Lake George is the engine of the local economy. Yet, the Governor and DEC Commissioner have stiff-armed the lake and its communities, preferring to risk further infestations by delay and more study, rather than support an immediate boat control program widely supported by local leaders. Call it a severe case of Albany-knows-best. 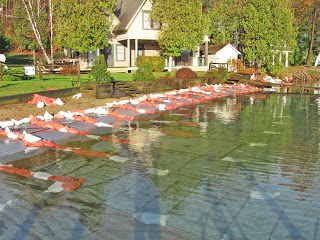 How would a boat control program work on Lake George? The Lake George Park Commission â€“ a tiny state agency funded locally by boat registration and docks fees from lake users (it gets no General Fund monies) â€“ would pass a law that makes it illegal for a boat owner or boat launch operator to launch a boat on the lake that has not been inspected for aquatic invasive species. Boats that fail inspection would have to be decontaminated. A half dozen inspection and decontamination facilities would be located around the lake.

This is modeled on the highly successful program in Lake Tahoe for the past four years.

Higher boat registration fees and higher dock fees would pay for the program. No state funds needed. The users of the lake and the key beneficiaries among the shoreline residents would bear the costs.

The plan is widely supported by a coalition of local governments, businesses and environmental groups, who are more often at odds than in agreement. The citizen Commissioners that govern the Park Commission support this program. PROTECT supports local efforts to defend Lake George and continues to work with local leaders.

A boat control program is not complicated to create. A PILOT program was tested last summer. The infrastructure exists with the Park Commission’s marine patrol. Its authority needs to be clarified and strengthened, and fees need to be raised, by minor statutory changes made by the Governor and Legislature to the state’s Environmental Conservation Law.

Governor Cuomo prides himself on being a man of action. Lake George needs action and leadership by the Governor. As it stands now, Lake George is open not for business, but open for new infestations of ruinous and harmful aquatic invasive species.