Chris has a long history of involvement with Adirondack Park issues, beginning with his work as a Staff Attorney at the Adirondack Park Agency (APA), as Deputy Commissioner for Natural Resources at the Department of Environmental Conservation (DEC), and as an attorney in private practice and with EarthJustice where he represented Protect the Adirondacks and other advocacy groups. Most recently, Chris worked as Senior Counsel in the New York State Senate Majority Counsel’s Office.

“Throughout his career, Chris Amato has been a staunch defender of Article 14, the forever wild clause in the State Constitution, and of the laws protecting the Adirondack Park’s unique natural resources. He has never hesitated to challenge DEC and APA – in Court when necessary – to ensure that their actions affecting the Adirondack Park’s public and private lands conform to the Constitutional and statutory mandates to protect and preserve the lands and waters of this incredible landscape,” said Charles Clusen, Chairman of Protect the Adirondacks.

“I am thrilled to join Protect the Adirondacks at this critical time when public and private lands in the Adirondack Park are facing unprecedented challenges from climate change, habitat fragmentation, visitor overuse, and invasive species. PROTECT has been a leader in ensuring that management of the Forest Preserve complies with constitutional and statutory mandates, and that private land development is regulated to ensure protection of the Park’s natural resources. I look forward to joining PROTECT’s fight to ensure that the unique attributes of the Adirondack Park are preserved for future generations. 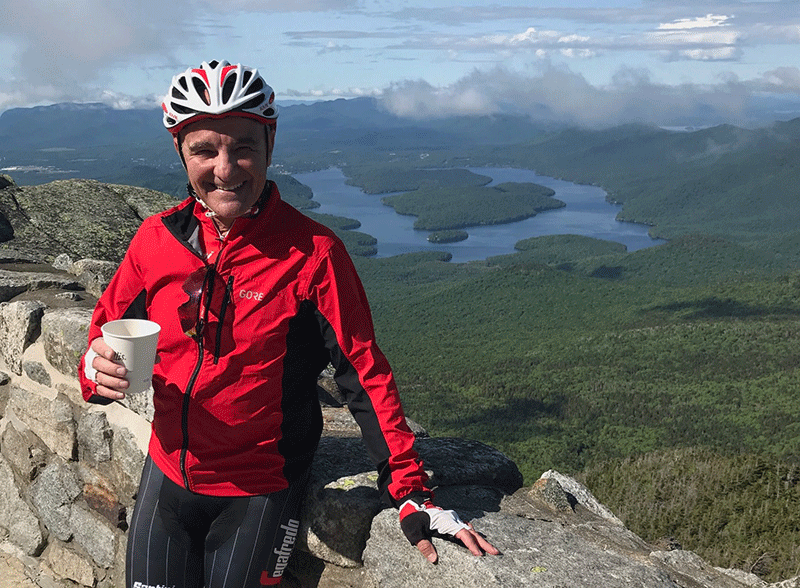 Chris pausing over Lake Placid on a bike ride of the Whiteface Memorial Highway.